You’re in the middle of a match in Rocket League, the scores are tied, and you have to go into overtime in the middle of the game for the final point. Just before you’re about to make your score, your mom bursts into your room because you haven’t done your chores yet. Almost every kid who plays video games can relate to this type of frustration, and the fact that most parents hate their child playing video games. Today, we look into an all-out brawl of parents VS teens when it comes to video games. 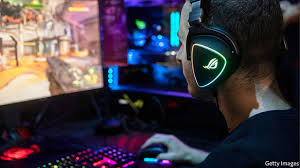 For many of us, video games are an escape from reality or even a major stress reliever. Some teens love games where they can interact with other players or first-person-shooter games. Whatever you can dream of, it’s probably already been made.

Many students know the struggle of having their parents hovering over them while gaming or tearing them away from them. A lot of parents are not exactly supportive of this modern hobby, as it was not a part of their life “back in the day.”

Junior Micheal Studney said that his parents are not very accepting of gaming, especially when he is playing shooting games. Gamers have to understand parents’ point of view of not liking shooting games, but they should be thinking all gamers are going to become murderers over it. 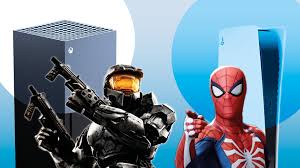 In a parent’s eye, games are not the most social of activities. A lot of teens always have their heads in a game and should spend more time outside. Parent Lisa Fisher believes that her child should be spending more time in her classes and outside than on her video games. It’s one thing if they are playing video games in your downtime. However, students should not be playing games during their classes.  Education is important, after all.

Parents have also found creative ways of moderating their kids’ time spent on electronics as well.

“Pre-covid we only had a Wii.  My children were more into sports.  But in March, all of their activities ended.  Suddenly, we were always home but had nothing to do, so we bought a Nintendo Switch.  We have a timer on it for 60 minutes and after that, if they want to do more gaming, they need a parental code,”  Parent and Japanese Teacher Nicole Olson said. This is a great way to moderate how much time children can spend on games. After they are all done with homework, parents can reward them with more screen time. That way, they also can get proper sleep at night. 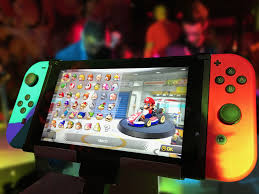 Freshman Tyler Lewis said he likes to draw whenever he is not playing video games,  read the My Shadow and Bone Trilogy, and cosplay. It’s important to have hobbies to express your inner self to the world and art is a great way to do it.

Parents also enjoy seeing their children do different activities.  “I enjoy seeing my child partake in the other activities that she enjoys like art or hiking and I think that would be a much better activity for her physically and emotionally. The outdoors is great for the mind and body and she needs to get out of her seat every once in a while,” Parent Lisa Fisher said. It’s a great idea to relax your mind every once in a while. 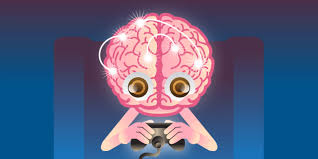 Many gamers have lost a game or battle due to a parent pestering us to get to a chore, and for Senior Robin Fisher it is no different. “One time, my mom was rushing me so hard to get off a video game that when I left my Minecraft game and let my brother take over he accidentally killed me and made me lose all of my good gear! I had to basically start all over getting diamonds again. Never going to trust him again,” Robin Fisher said. How frustrating! 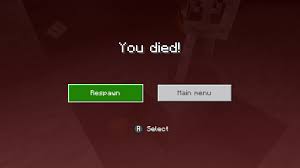 Parents can be a bit annoying at times, and teens can be stubborn. Even though we may need this stress reliever, at the end of the day, everyone needs a little moderation in their lives.