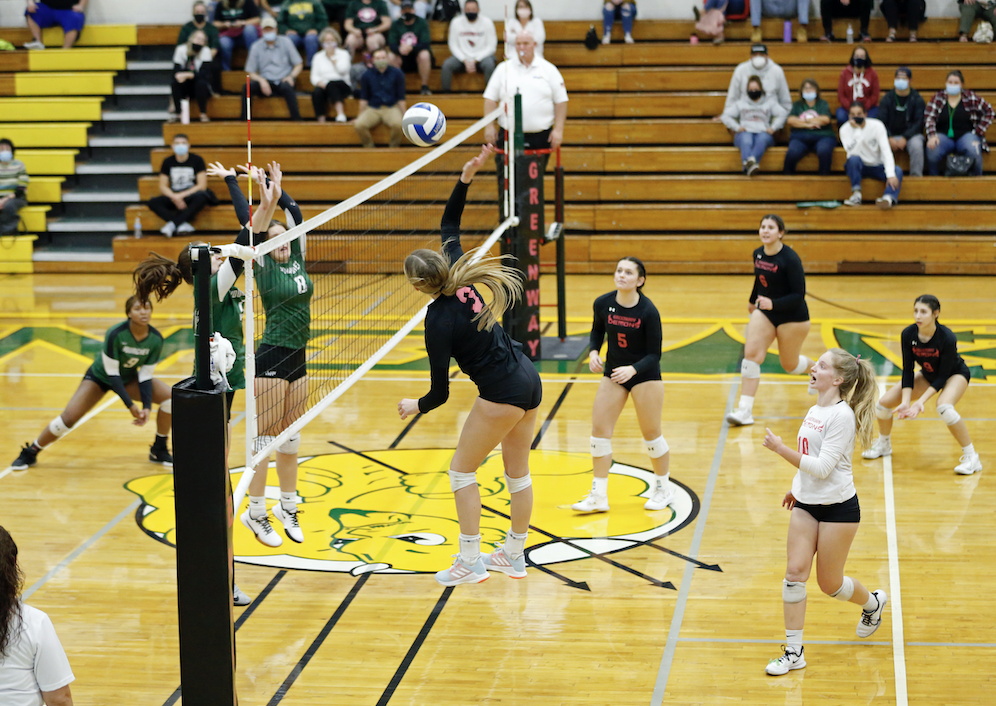 Having won the past two 4A State Volleyball Championships and appearing in four of the past five has put a huge target on the backs of Coach Peterson’s girls. 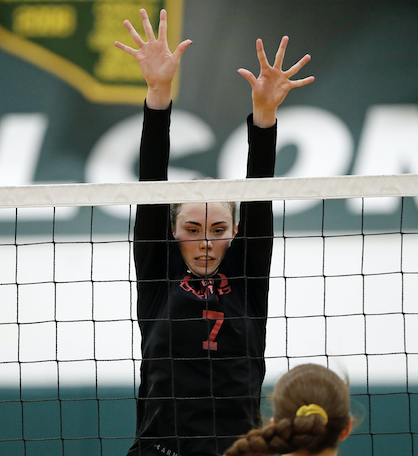 Saturday’s opening round opponent was the only to team to have defeated the Demons this season. Youngker High shocked Greenway on September 22nd by winning the match in four sets. Revenge is best served when it counts most, and the ladies from Greenway won the match in a convincing fashion by sweeping the Rough Riders three sets to none.

The victory advanced Greenway into the 4A Arizona State Volleyball Tournament’s elite eight.

Last year’s 4A player of the year Tatum Parrott and fellow power hitter Ashlyn Johnson led the attack with kills that would strike fear into the hearts of even the most skilled defenders. 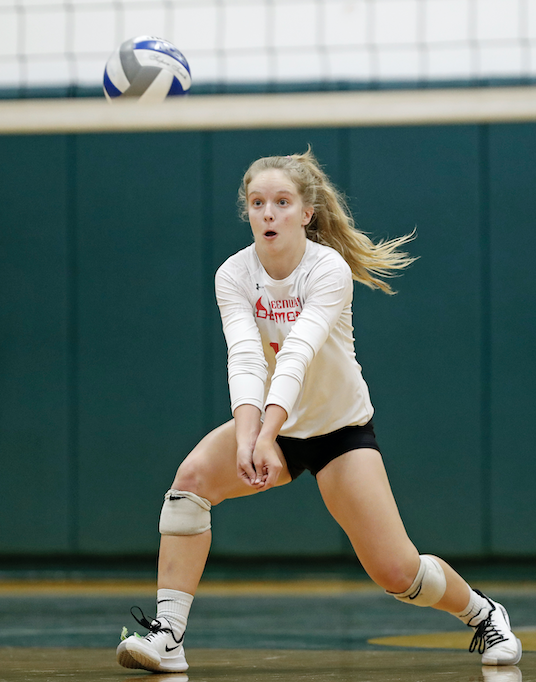 Libero Danika Young and Helene White made some dramatic digs to keep plays alive as Emma Swartz and Avery Richard masterfully set the ball in the perfect spot for the Demon strikers to fire at will. 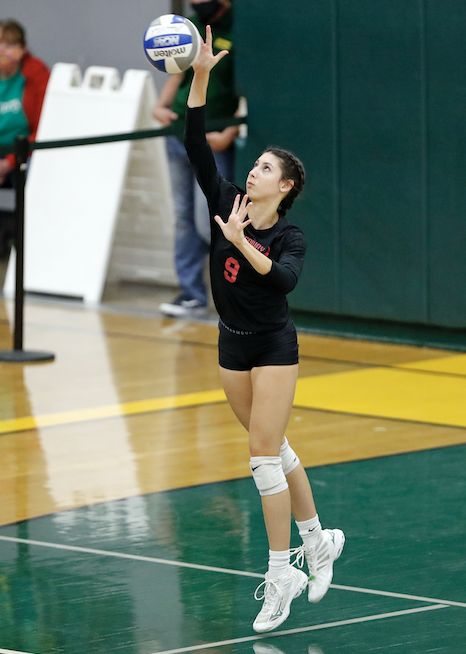 When it was all said and done, the 12th seeded club from Youngker was made painfully aware of the dominating force that the Greenway Demons have become. 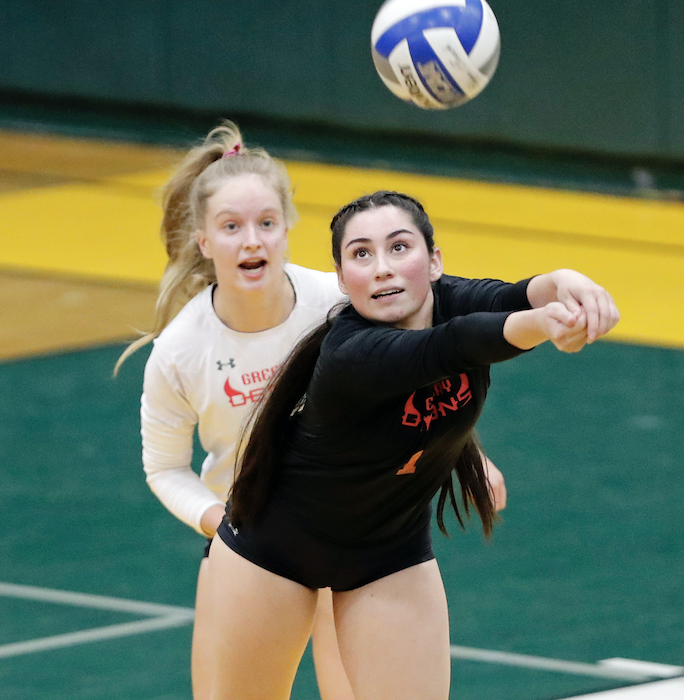 Greenway has won all 13 contests since losing the open match of the season, and they are riding a wave of momentum that the girls hope will result in a championship three-peat. 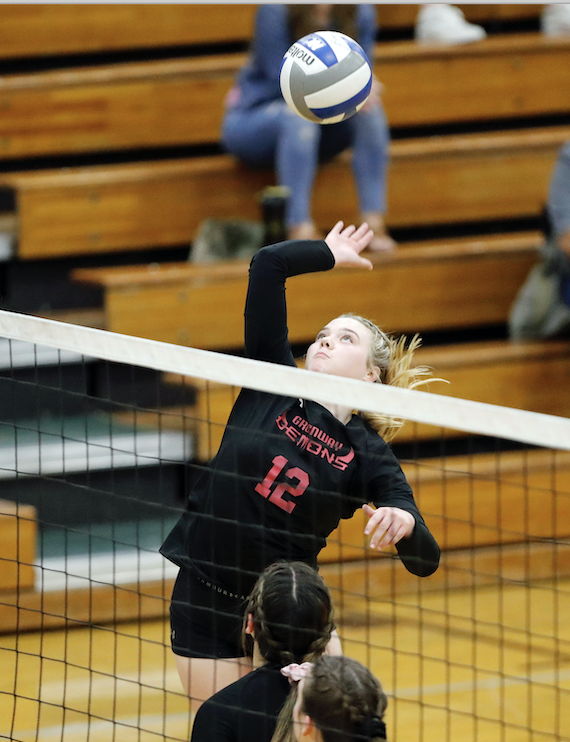 However, it won’t be easy for the 5th seeded Demons who will face the 4th seeded Seton Catholic Sentinals in Chandler on Tuesday night.  The 4A conference is loaded with strong competition, and the AIA’s power ranking system puts the Demons at number five. 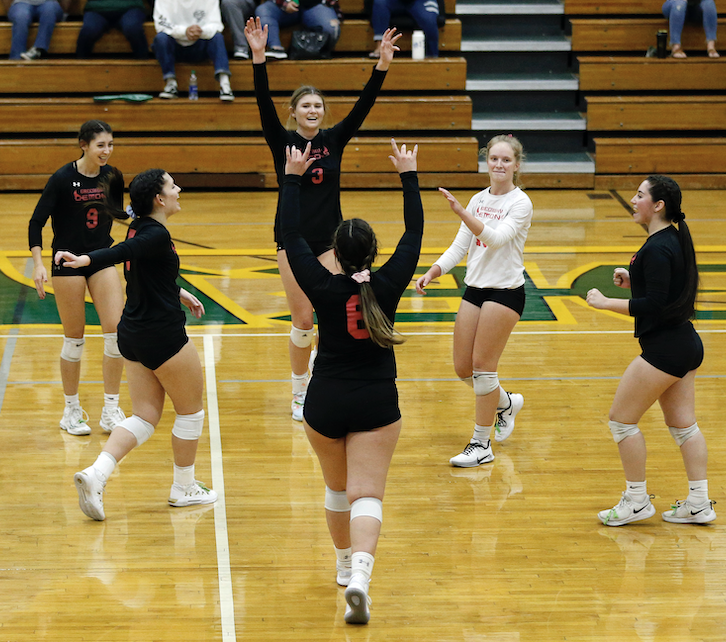 That doesn’t seem to bother the battle-tested squad who just keeps winning. If history repeats itself then Greenway will sit atop the 4A volleyball mountain once again, and the challenge awaits.