On Friday night our varsity football team put an exclamation point on the end of the regular season by thrashing our rivals at Moon Valley.  The Demons finished with an impressive nine and one record and they will travel to nearby Peoria High School to take on the Panthers in the first round of the State Playoffs this Friday at 7pm. Greenway’s mighty defense never allowed the Rockets to score a single point. The final score was 26 to 0.

Adam Bunch and Heston Warner both had big interceptions, and the Green Wall of defense was impenetrable. On offense, quarterback Aiden Murphy hit Daymond Neal for two touchdowns, and Greenway’s MVP Christian Johnson added two more touchdowns to his already amazing season behind the big hogs on the offensive line. 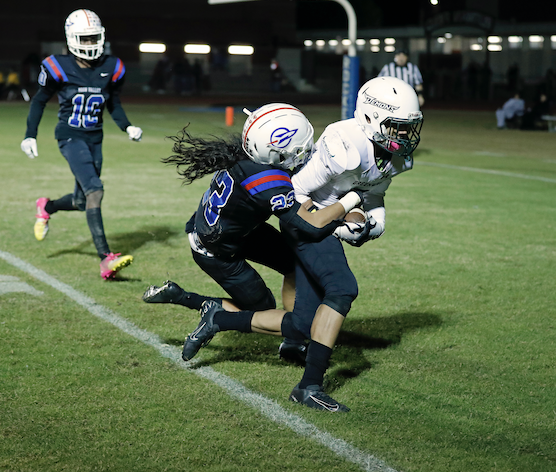 “Peoria will be the best team we have faced this year,” Coach Cook said, “They are senior dominated, they have good size up front and exceptional speed.  Defensively we have to contain #25 and #1; they are their two big player makers.  We will have to limit their big play capabilities.  On offense we have to take advantage of what they give us.  If they start playing off coverage we have to throw quick routes and convert short yardage plays.  They are going to focus on Christian Johnson so we need other players to step up and be playmakers for us.”

Peoria is 8-2, but the Panthers only loses were an early season game against powerhouse Desert Edge and a close game last week against Cactus. 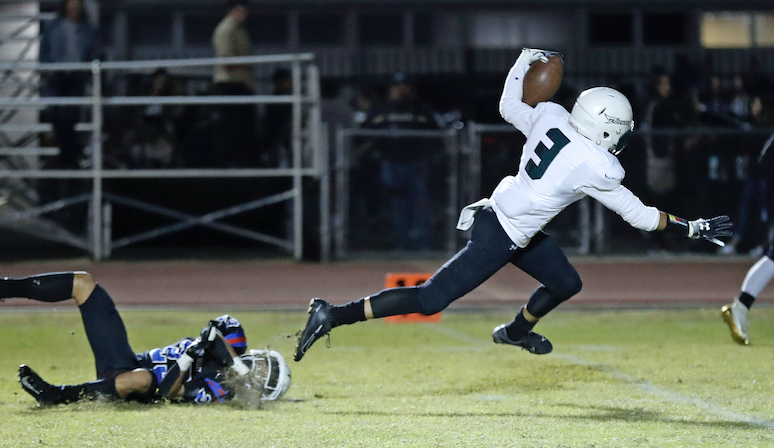 Peoria has blown out most of their opponents including games against teams that were able to play close against the Demons.  Peoria defeated Buckeye 41-0 and Deer Valley 55-14. The only other common opponent was Thunderbird.  Greenway blanked the Chiefs 33-0 while Peoria won by a score of 54-12. 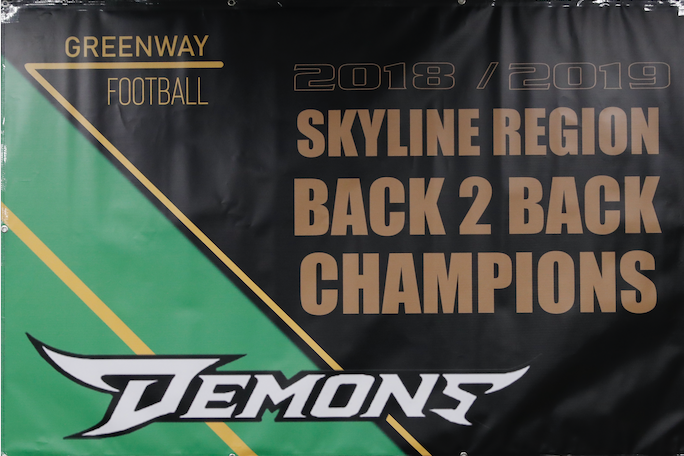 Peoria is seeded 7th in the State Playoffs, so 10th seeded Greenway is the road team in this battle for survival.

Wide receiver Dru Knoebel said, “Our team has grown to fire out, and to work together better.” 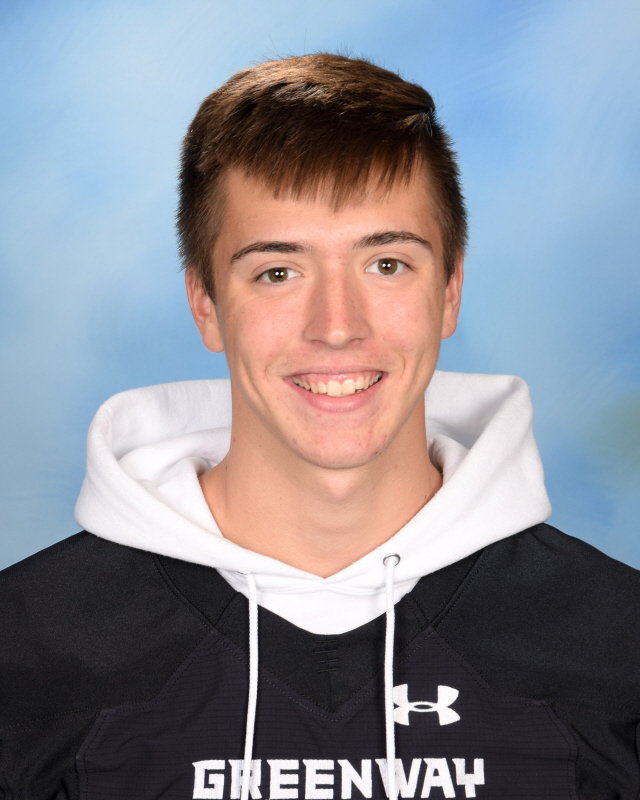 Defensive back Heston Wahner said, “This week we had minimal mistakes, but next game we need ZERO mistakes.”

Both Wahner and Knoebel predicted three weeks ago that Greenway would win their final three games.

After the St. Mary’s game Knoebel said, “Penalties (are a problem), we need to have fewer penalties; they have killed us all season. We need to fix that in order to win our hardest game.” 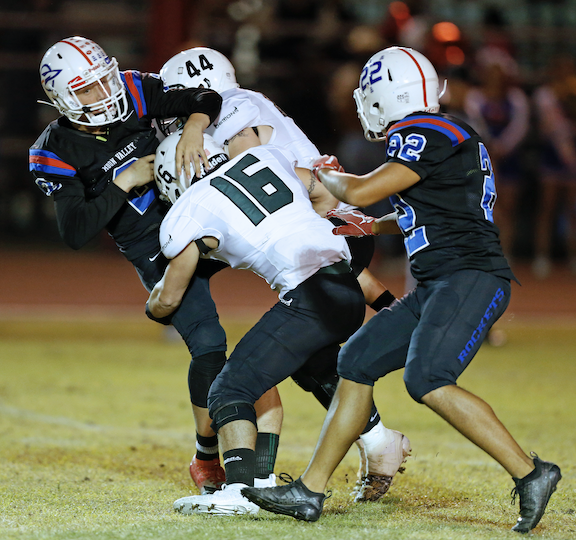 Wahner said, “We can not get in our own heads.” He said that Greenway has the talent and the discipline to win as long as they don’t let the pressure of the playoffs get to them. 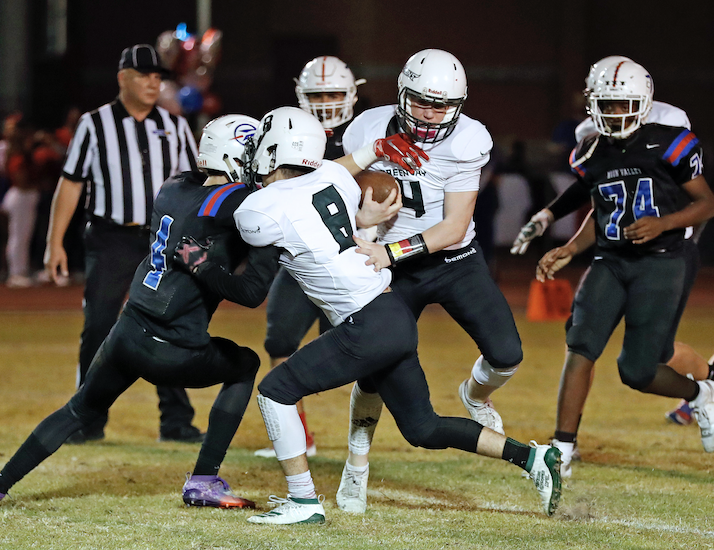 “This year’s team has exceeded all expectations,” Coach Cook said, “We were hit hard with graduation last year.  We lost 16 starters from last year’s team.  We have replaced them with a lot of young talent; we have gone into varsity games with 5-6 sophomores starting on offense.  We have had to tweak things to fit their strengths.  This is a very close knit group with great leadership and relentless effort. In the long run, every one of the Demons is confident and that can be seen by the way they play. A trademark of this team is that when they are losing, they keep fighting, and they don’t lose faith in each other.” 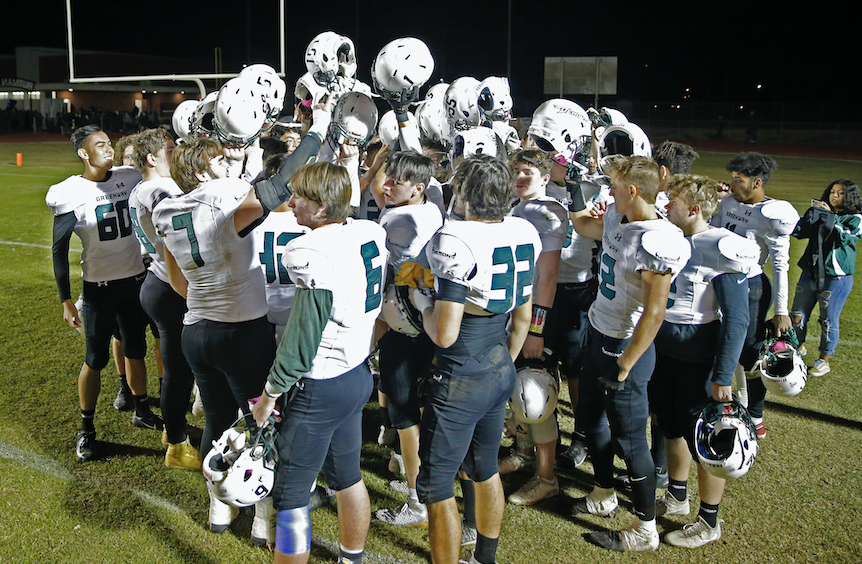 Without a doubt, the Demons will try to play their best game on Friday and let their colors show.