Demon Football Fever is an Epidemic

DEMON FOOTBALL FEVER IS AN EPIDEMIC

The mighty Demons have won 12 of their last 14 games. After trailing Estrella Foothills 13-0 in the first half of the first game of the season, the Green Machine has been rolling over everyone in their path including the Bradshaw Mountain Bears who fell to Greenway 36-13. The Demons are 3-0, and spirits are high in Demon Country.

Sophomore quarterback Aiden Murphy said that he has high expectations and wants to win the region championship. Also, Murphy said their toughtest games are against Bradshaw Mountain who they beat 36-13, and against Tempe. He said both are great teams, and they lost to Bradshaw Mountain last year. Another thing Murphy said was that the two strongest assets of the team are the defense and the running game. Murphy said he thinks he needs to improve throwing the ball. Lastly, he thinks the Demons will go to the playoffs, but he doesn’t know how far. 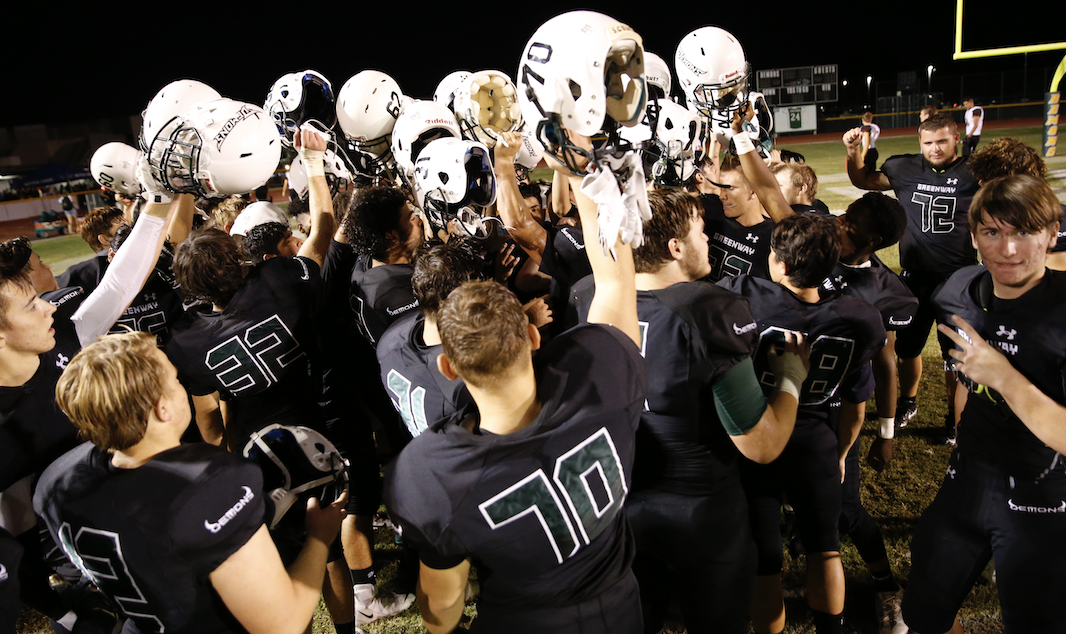 Coach Cook said their goal is to win the regional and make the playoffs. Secondly, he said, “Bradshaw has a good football program, and Tempe has exceptional athletes.”  Coach also said “their defense plays lights out, and we are young on offense, but we will improve.” Like Murphy, Coach thinks the Demons need to improve throwing the football. 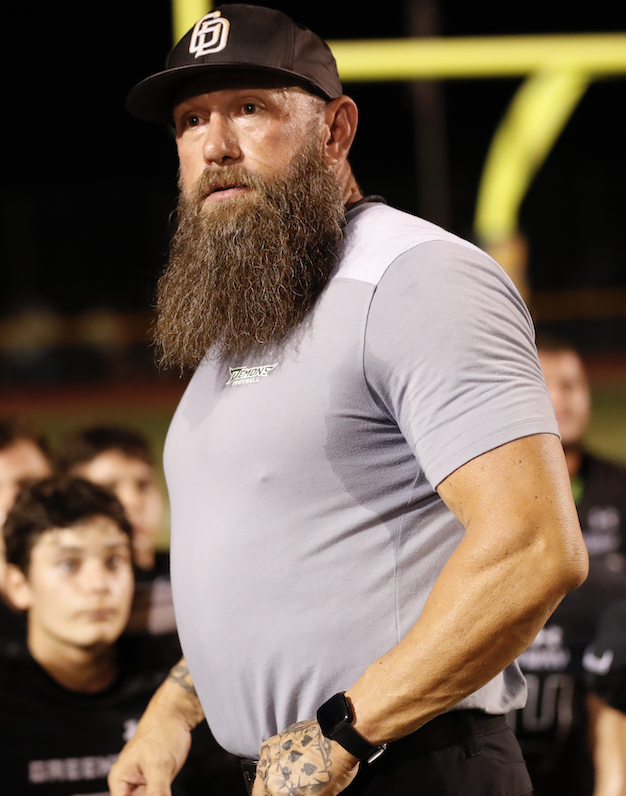 Cook predicts a 9-1 season, and he wants to make the second round of the playoffs and see what happens from there. 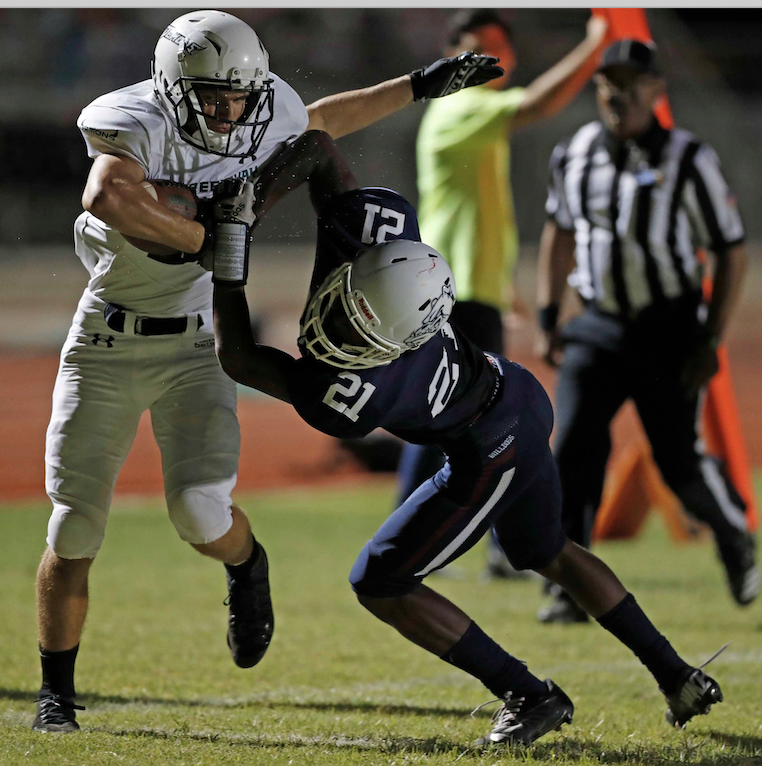 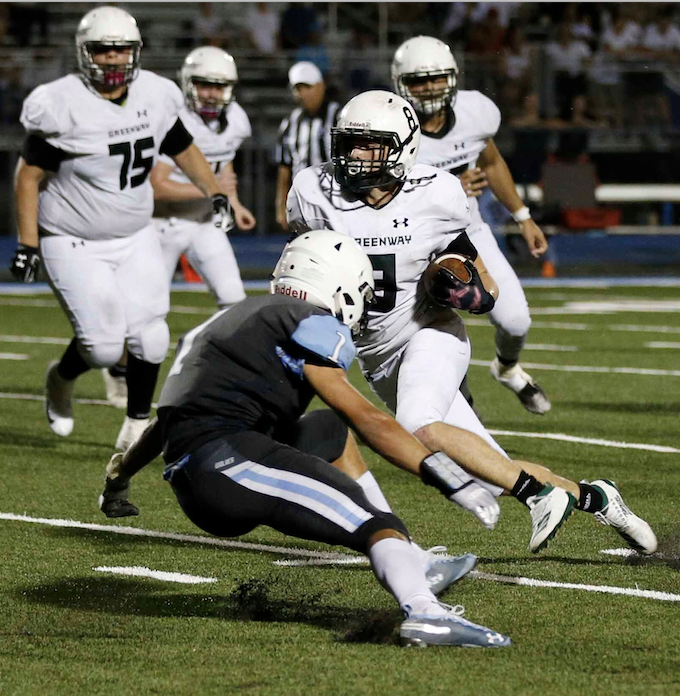 Defensive back Heston Wahner thinks they will go 10-0 in the season.  “The family aspect of [the team] is our [Greatest Strength].” He said what the team needs to work on is starting off fast and keep that going.

Senior Dru Knoebeo said, “We will go 10-0 and win region.” Knoebeo said that the hardest team they will play is Bradshaw or Tempe. He also said the greatest strength was that they, “work together and stay positive.” 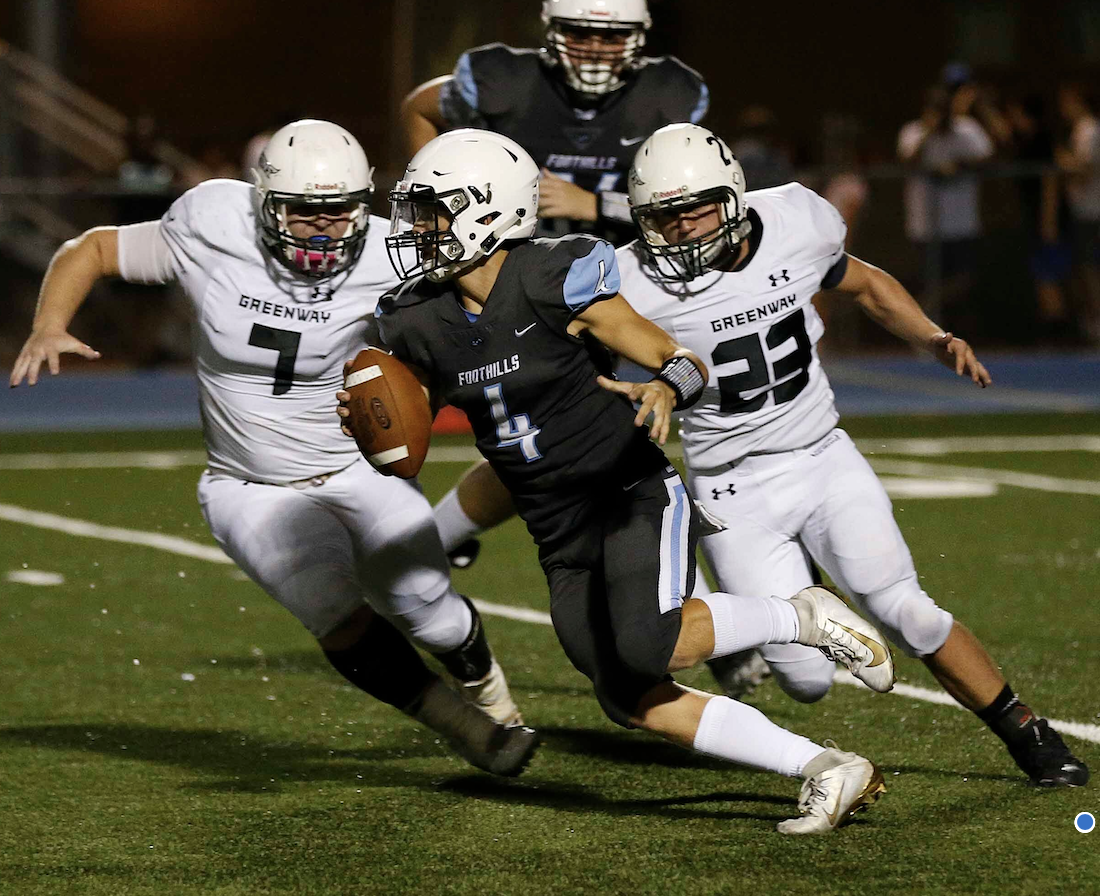 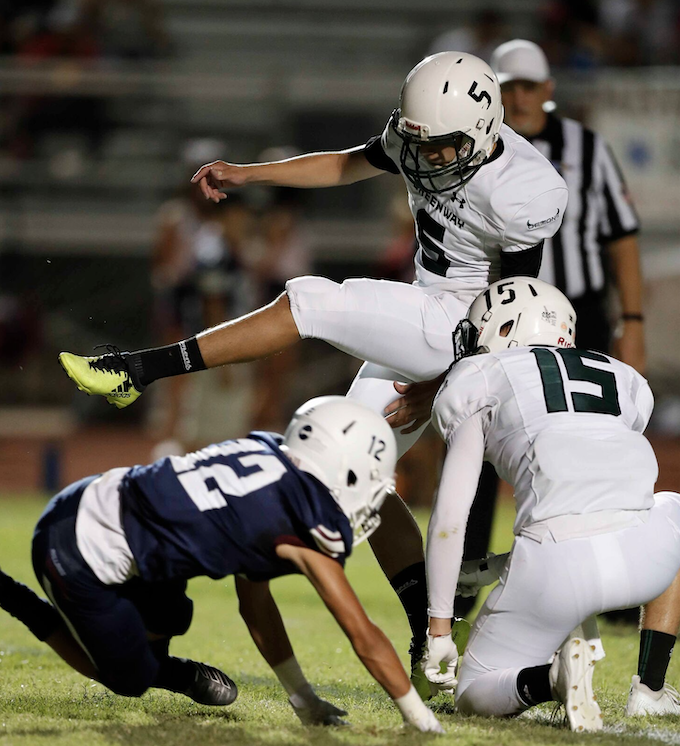 A strong start coupled with players’ confidence should make for a memorable season. Tonight the Demons host the Deer Valley Sky Hawks, and Greenway’s stadium will be packed. The sky is the limit for this squad of hard working warriors.