Is there anything more exciting than watching a bunch of amazing athletes throw down dunks and shoot hoops? The NBA is where the best basketball players in the world play ball. The NBA season is 82 games long. Some players pack their bags and go on vacation, others get ready to play their hearts out in search for a title. Although the regular season has tons of crazy games and highlights, the NBA postseason never disappoints. 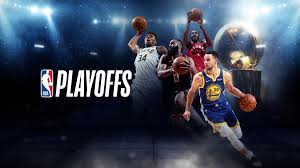 In the first round, 8 teams have been eliminated from playoff contention in a best of 7 series. The Eastern Conference saw the Milwaukee Bucks crush the Detroit Pistons in 4 games and the Boston Celtics knock off the Indiana Pacers in 4 games as well. In addition, the Brooklyn Nets and Orlando Magic stole game 1 against top seeded teams, but that wasn’t enough as both teams fell 4-1; the Magic to the Toronto Raptors and the Nets to the Philadelphia 76ers. The better teams all advanced. 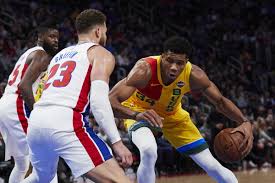 Out west, the Los Angeles Clippers were able to win 2 games against the Golden State Warriors but they ultimately fell in Game 6. Reigning MVP James Harden led his Houston Rockets to a 4-1 series win over the Utah Jazz. Surprisingly, the Denver Nuggets and San Antonio Spurs clashed, going to a game 7 to decide who advanced. Ultimately the Nuggets finished off the Spurs and advanced to the semi-finals. Next up is the Portland Trailblazers beating up Oklahoma City Thunder in a 4-1. Game 5, and the series, was decided by a spectacular shot by Damian Lillard. 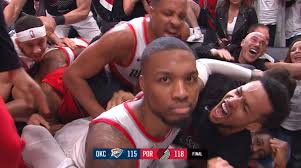 With the first round over, only 8 teams remain in the postseason. Besides Giannis and his Bucks killing the Celtics in 5 games, the semi-finals was action-packed. History was made in Toronto as Kawhi Leonard hit the first ever game winning shot, in a Game 7 in NBA history. His shot sent the 76ers packing as the Raptors knock off Joel Embiid and his 76ers 92-90. 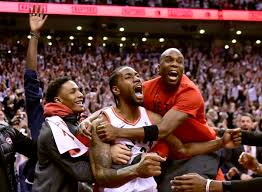 The Houston Rockets couldn’t take advantage of the Warriors losing Kevin Durant to injury. Stephen Curry led his team to a Game 6 win, ending the series and the Rocket’s season. In Denver, the Portland Trailblazers and the Nuggets battled in 7 tough games. All of this series’ games went down to the wire, but ultimately the blazers won.

So far, the Portland Trailblazers lost both games played. They were crushed in Game 1, but nearly pulled off an upset in game 2. Damian Lillard and his Blazers look to close the gap on their home court on Saturday. 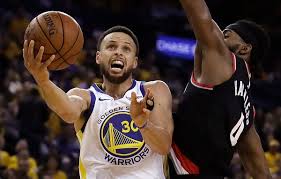 Game 1 of the Milwaukee Bucks vs Toronto Raptors series went to the Bucks as they came back from down blew the game open in the 4th quarter. The Toronto Raptors, led by Kawhi Leonard, are looking to tie the series in Game 2 in Milwaukee. 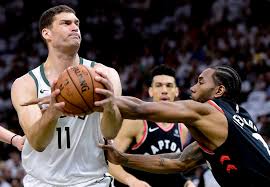 With the NBA postseason winding down, the games are getting even more exciting. Every player wants to win the NBA Finals and walk out of the arena with a Larry O’Brien Championship Trophy. There’s no doubt that the NBA is home to some of the best athletes in the world. The rest of these playoffs will be one for the ages.