The ice cream social that choir concert put on was splendid, the afternoon was filled with  billboard top ten songs from 1970 all the way up to 2016. Each performance with its own unique aspect. There were many breathtaking solo and duet performances that would make you cry. With a live band playing the music, there was a keyboard, bass guitar ,and drum playing to give a nice background noise. 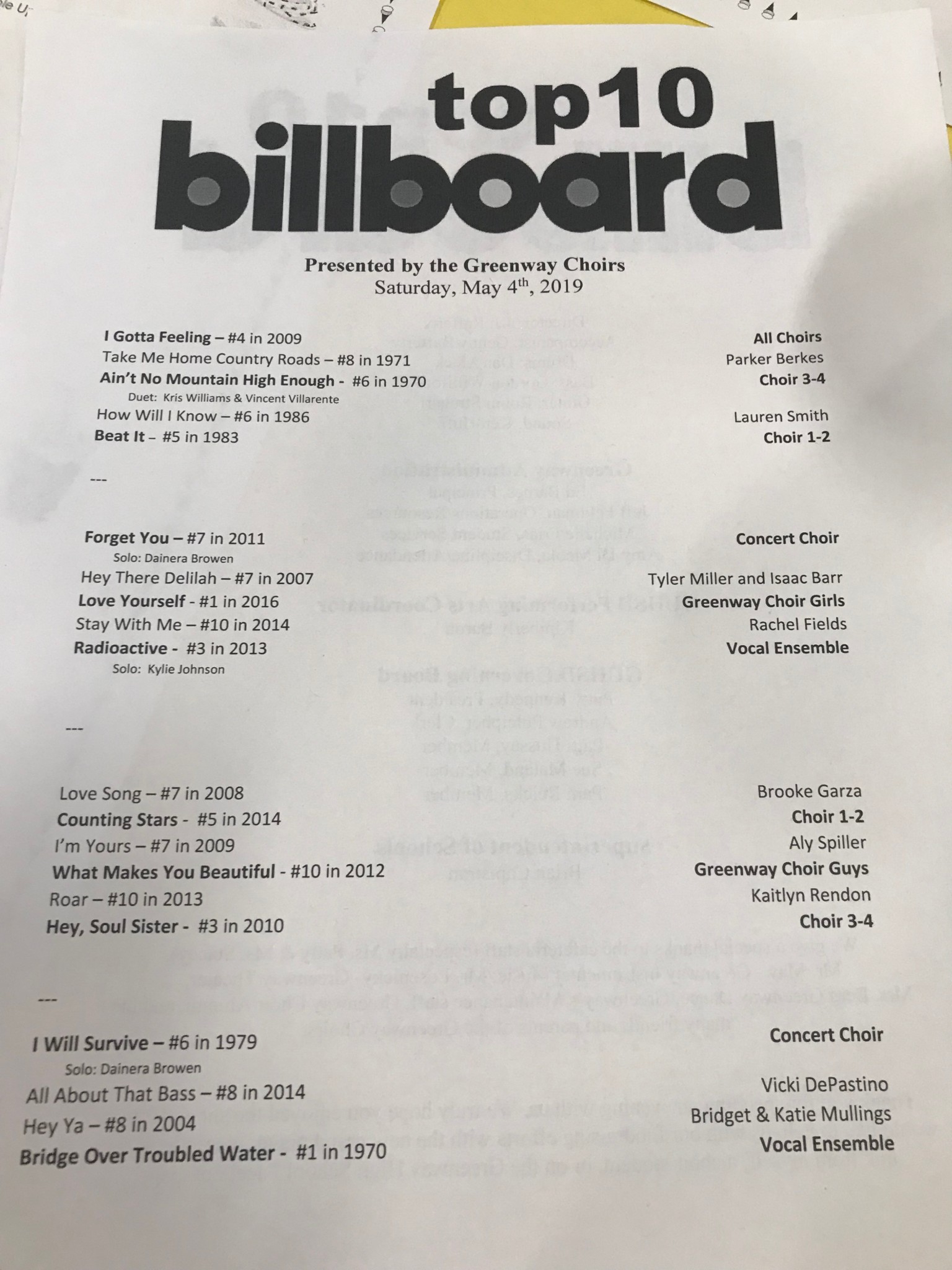 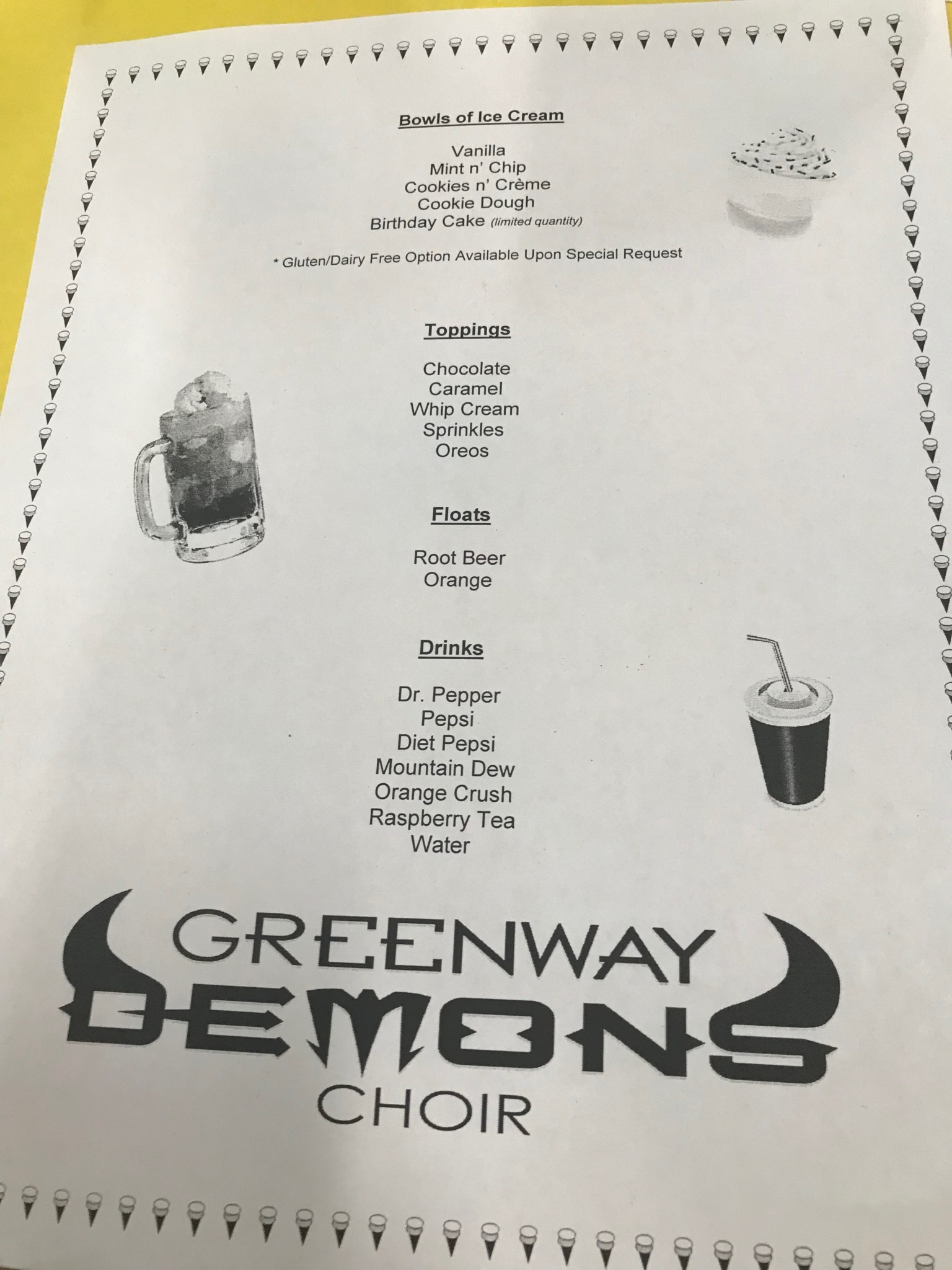 Not only was their great performances, there was UNLIMITED ice cream with a variety of delicious toppings, drinks and could even get a root beer and or a orange crush float. According to Mr. Rafferty one student on Friday night ate 23 bowls of ice cream but was beat by a kid who on Saturday ate 28 bowls!  The students all dressed up as different top 10 artists, there was many different people, some could be recognized right away and others were a little more difficult to figure out. 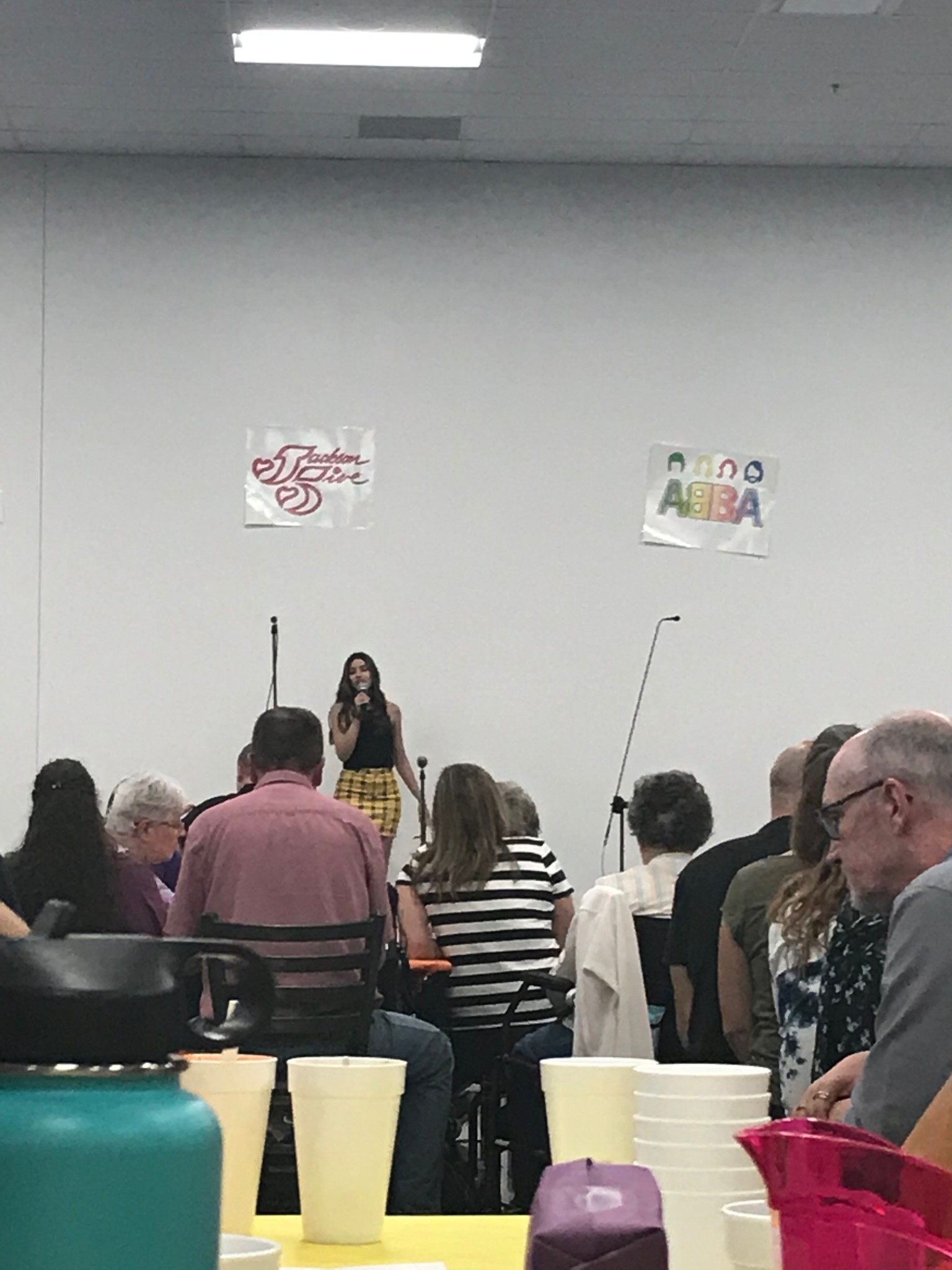 Choir 1-2 preformed “Beat it” which was #5 on the top 10 billboard list in 1983 , and “Counting Stars” which was #5 in 2014. Personally I liked the “Counting Stars”  performance the best, i thought they sang it the best and were more confident about the words and their ability to sing all the notes perfectly.

Concert choir preformed “Forget You” which was #7 in 2007 and ” I will Survive” which was #6 in 1979 both with solos by Dainera Browen. My favorite performance of theirs was the “Forget You” song, it was a very dramatic song that was preformed how someone going through a break up would feel.

Vocal ensemble preformed “Radioactive”, #3 in 2013, with a solo by Kylie Johnson and “Bridge Over Troubled Water”, #1 in 1970. My favorite song performed was “Radioactive” because it was perfected and sounded like they practiced till it was perfect and ready to be preformed. 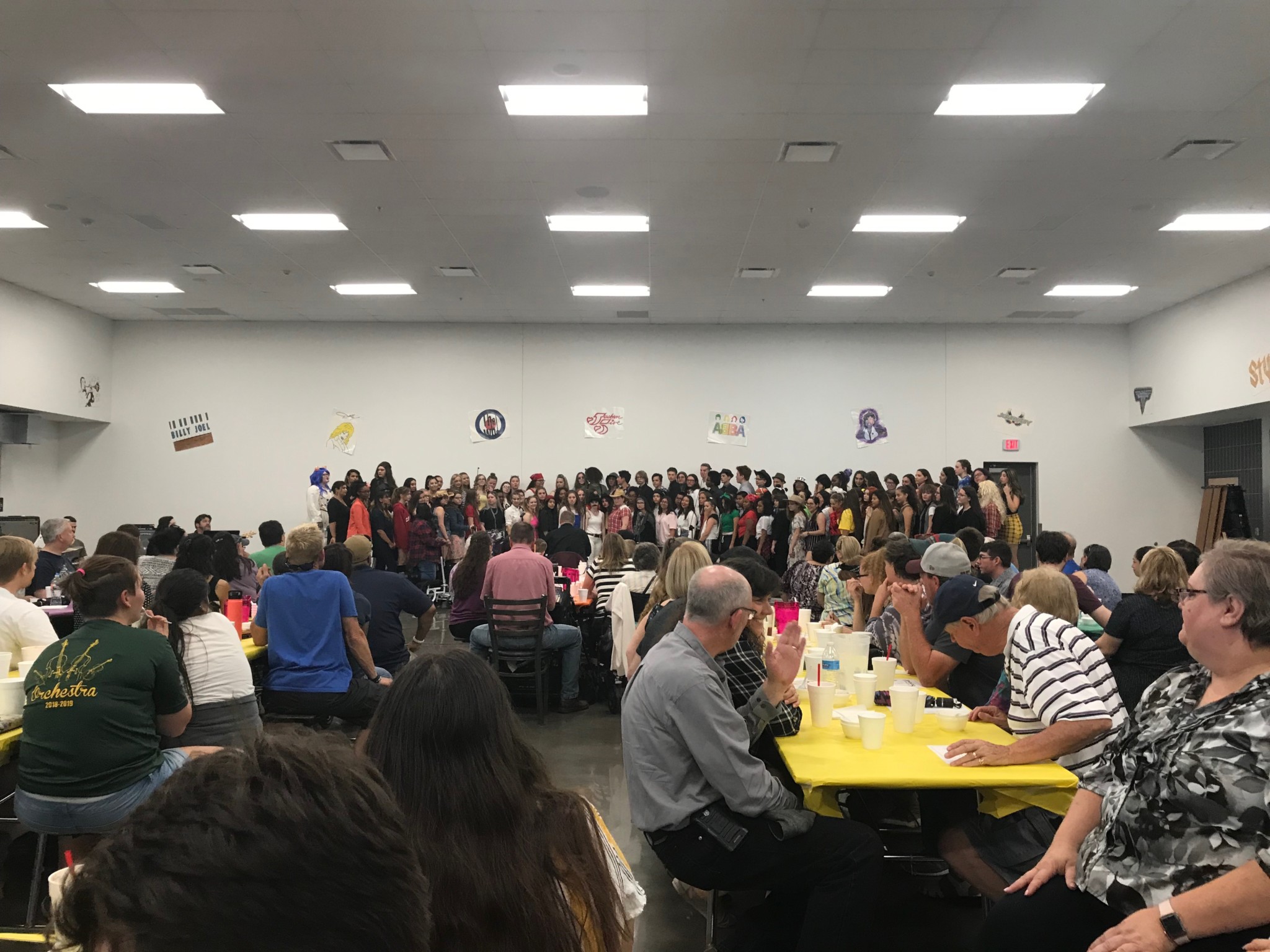 Mr. Rafferty ended the afternoon with singing “Black Bird” to the seniors. As he sang the seniors were very emotional and some even cried. Realizing it was there last performance as Greenway Demons made them even more emotional. Overall I think it was a good last performance for the seniors to look back on for years to come. 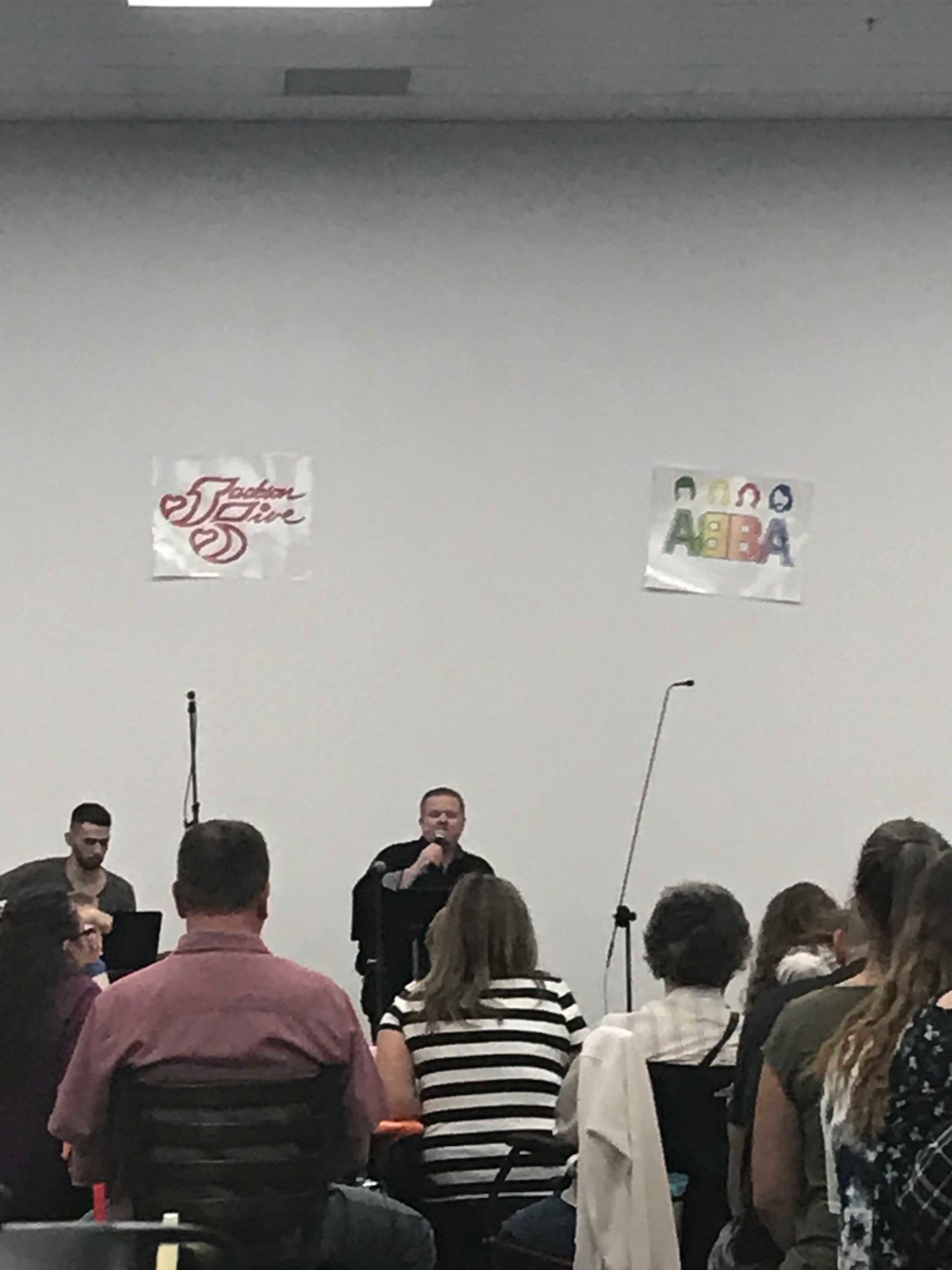 This performance was amazing and will hopefully inspire the next classes to do just as good. For now we can all look back on the amazing performances they gave us and look forward to what will be next!