A Cold Day In Hell

A COLD DAY IN HELL

Have you ever felt like the world was out to get you? Well, it wasn’t the world — it was a group of Satan’s workers. On May 2nd, and seven o’clock at night, Greenways own student’s introduced a short play called “A Cold Day In Hell.” 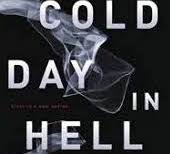 Due to how some of Mr. L’s upper-class students thought it is “so easy” to put together a production, he gets this idea to have them put on their own show for a final grade. “I will be sitting in the back critiquing the work that they will have done,” he stated to the audience as he explained the means of the play.

Taking part in the play was Angie playing Hammurabi, who was the first lawyer; Keegan Rhoads as Jeff Exelly, a crooked CEO who was also ironically an atheist, Mia Coca as Tonya Granding, a corrupt politician woman, Julia as Katherine who was a math teacher, after the group assumes what she did she explains how she really just failed a kid for no reason other than showing the student was not special. Sierra as Maggie Ann a character who killed her cheating husband, Sibian Carver who played Steve Lynd, who out of all the others had the most evil job; he was a telemarketer. “Good god, man, you have audacity to ask why you’re here?” Jeff would question. The final characters were Perseus acted by Robert McDaniel who was Satan’s right hand man, and Satan herself was played by Trinity. 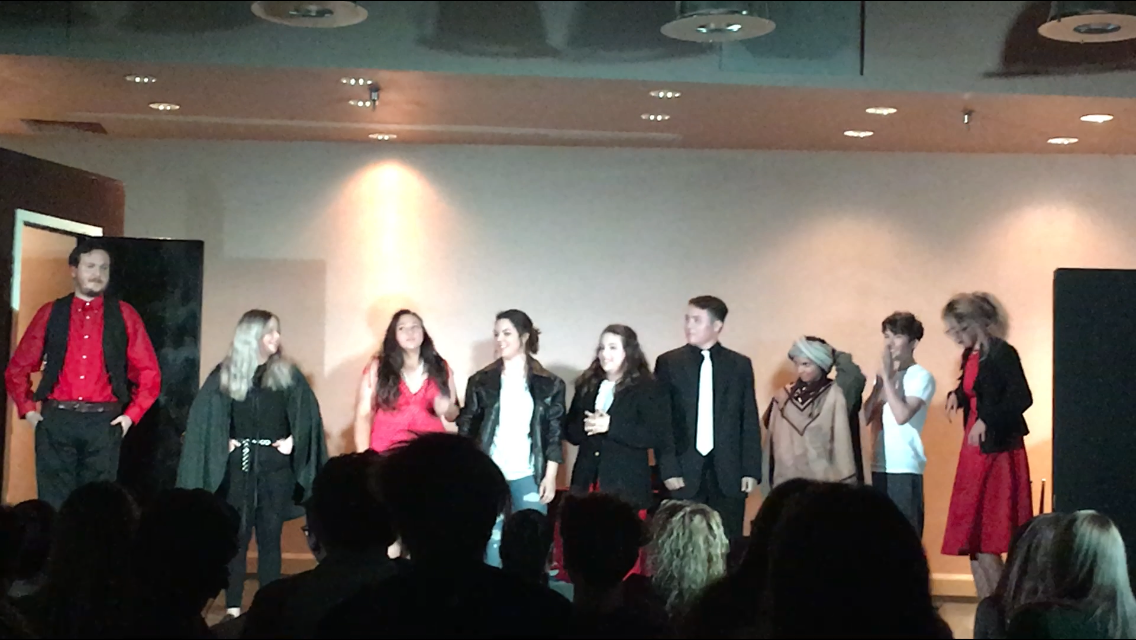 The idea of the play was Steve Lynd, and the rest of Satan’s workers were brought together by Perseus to work on an assignment specially picked for them by the queen of darkness herself. The task was to get David M. Lynd “to fall right into our greedy little claws.” This was a problem for Steve; David M. Lynd is his brother. However, the rest of the group gets started on brainstorming. “I was thinking we can have him be involved in a car accident and have him lose his hands,” brainstormed Katherine. “And the other driver sues him for emotional distress and win ten million dollars!” Maggie Ann added. When Jeff tries having Steve sign off on it, he refuses, “You’re the chancellor; it won’t work unless you put these in there,” he pointed at the box. Katherine tries to persuade him by reading his file and saying how “had no problem screwing his brother before,” by stealing his supposed to be fiance named Sarah, only to be dumped weeks later. 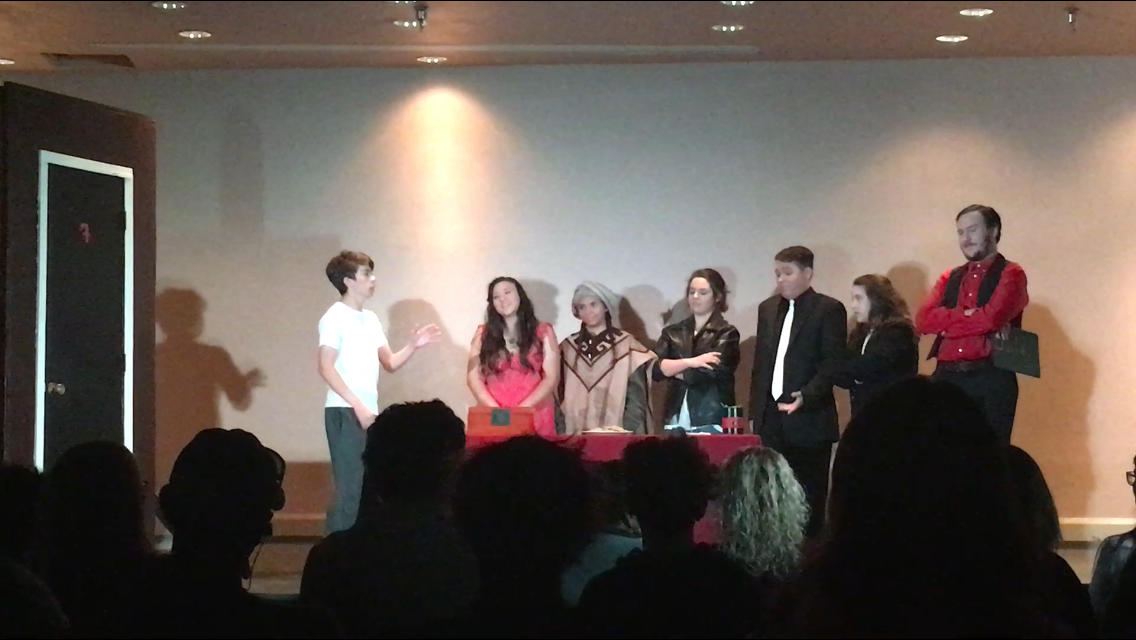 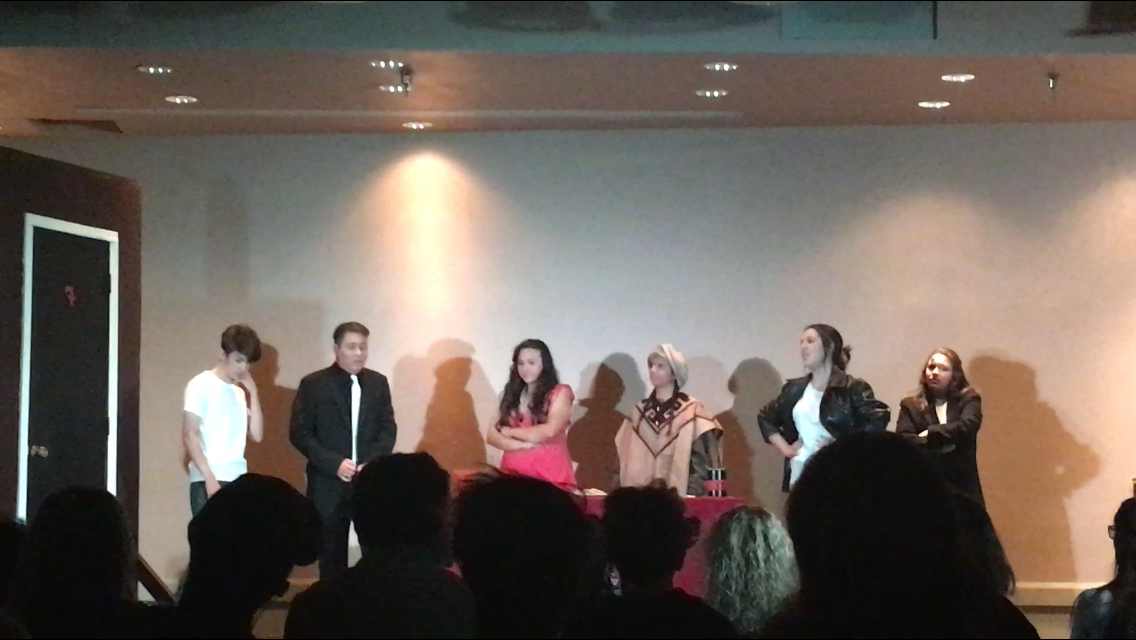 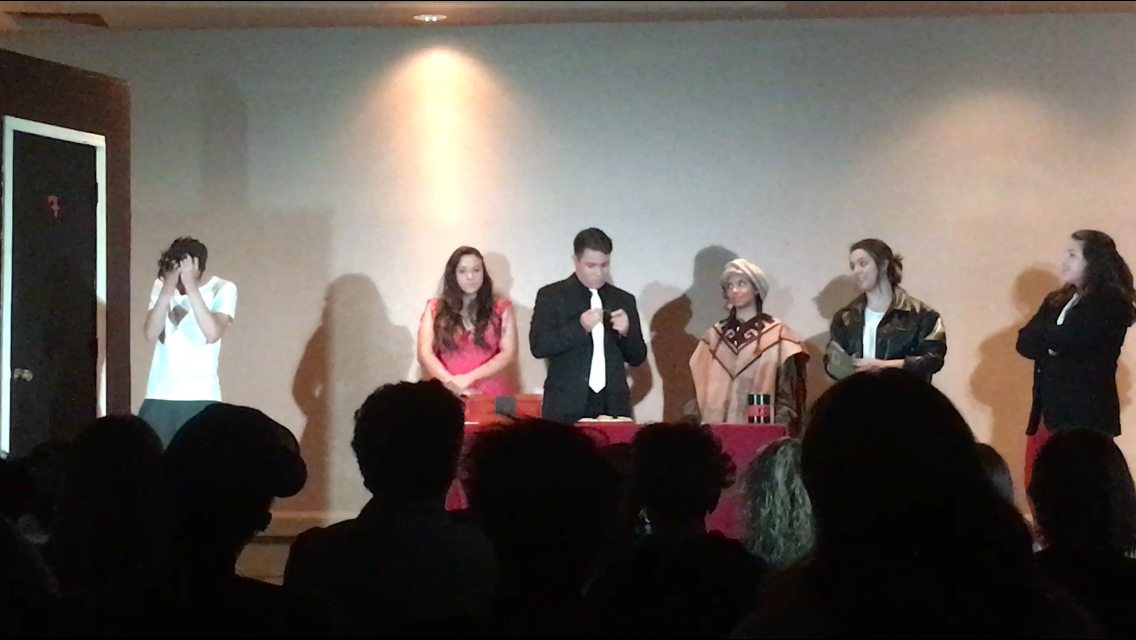 Maggie tries to have him go through with the assignment by saying “just put the note in the box and watch it happen,” and Hammurabi comments how she “doesn’t like it either but they don’t really have a choice.” Steve response was everyone has a choice on doing the good thing or not. Steve then receives an idea off of Maggies comment and he and Hammurabi write on a note that david and his ex-fiance will have lunch and possibly get back together. After the group tries to stop the two of them from attempting to do a good deed, Perseus enters and stops everyone before it was too late; then the Queen of Darkness enters the room. Perseus explained what had happened and the Queen excused everyone but the three of them out the room. 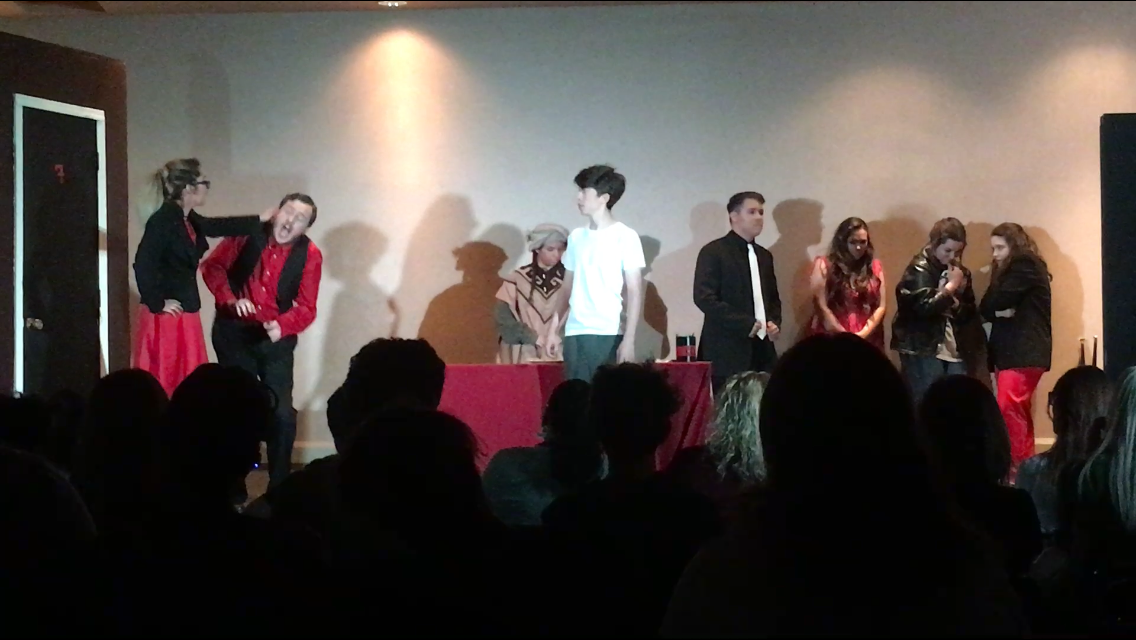 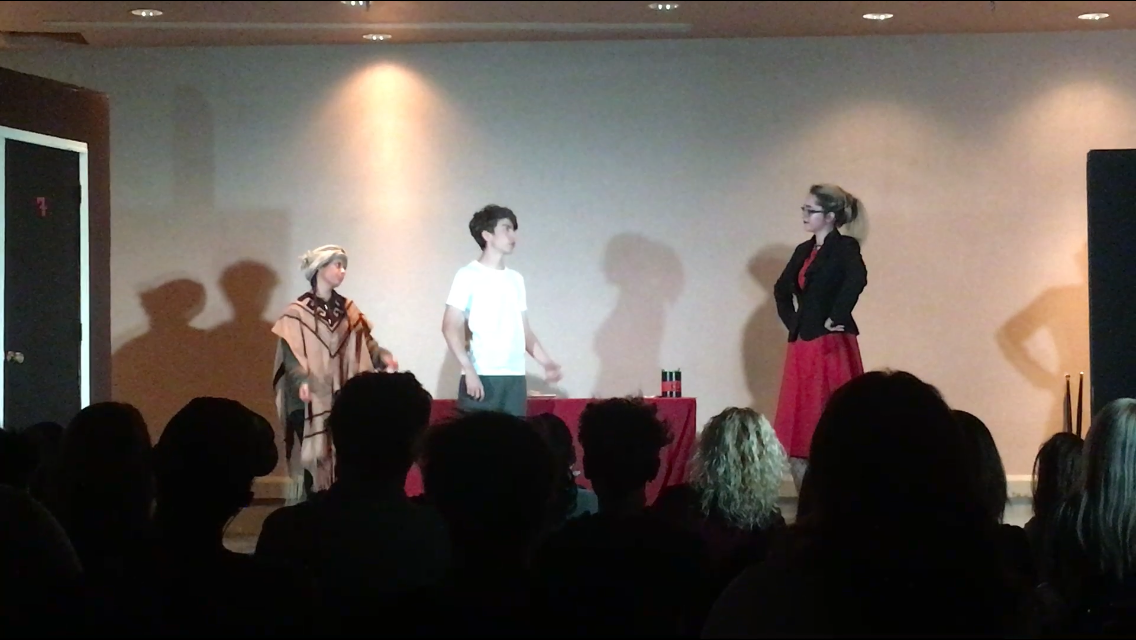 As the Devil tried convincing him to accept he was in hell, Steve made a bet with her; she must “procure” one soul of a mortal without the help of her workers, if she wins Steve and Hammurabi have to continue working for her, if she does not win she will keep David’s soul off limits. As he made the bet, she warns him to be careful betting on bad odds; then she reminds him how when Crystal Cola was out he “bet his soul on Crystal Cola being the next big thing.” Turns out Steve was not in hell for stealing his brothers fiance, or working as a telemarketer, he was in hell for Crystal Cola. However, a bet is a bet; after the Devil had Perseus bring up the contract of their wager, Steve, Hammurabi, and the Devil all signed off on it, and she left. What the Devil didn’t know was Steve still had the box where if anything you write was put into it, it came true. “If she can have my soul over Crystal Cola, I’m sure I can use this to win.” Steve stated as Perseus accused him of cheating. 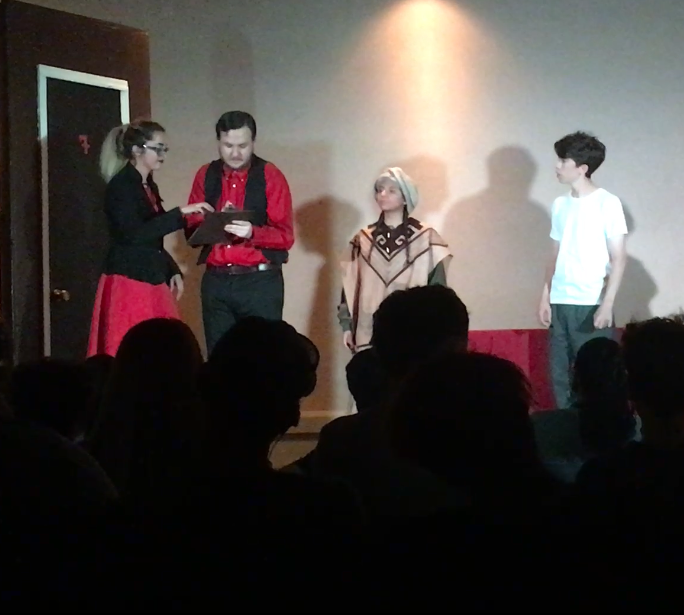 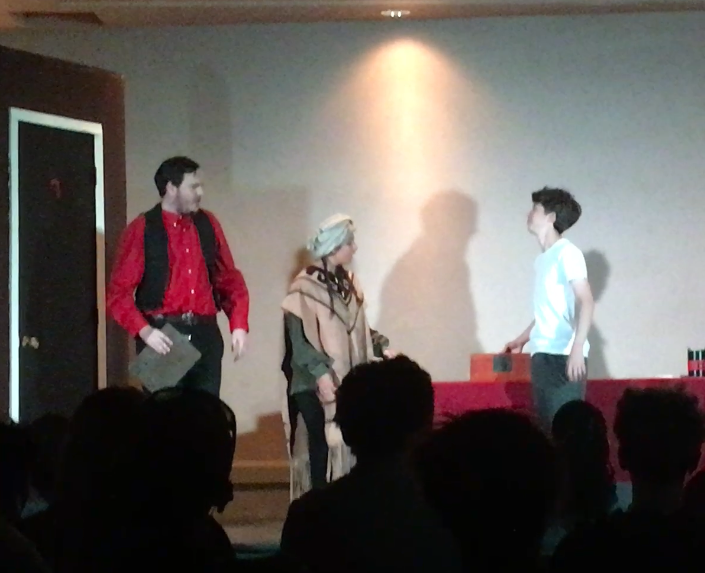 Steve and Hammurabi then wrote on a piece of paper that the Devil will lose a shoe, get chased by dogs, and that an early eclipse will happen making it so the Devil loses time faster. This act to spear David’s soul led to Steve and Hammurabi being accepted into Heaven instead of Hell for the rest of the eternity. 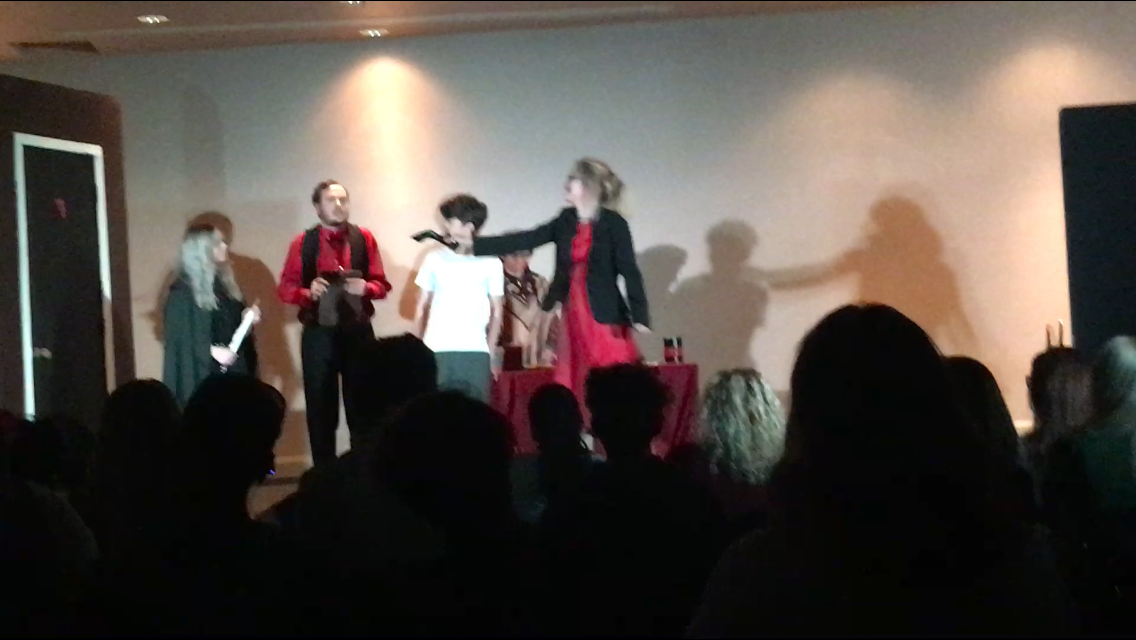 The play was very well performed and was very amusing to the audience; most of the humor was well written and well shown throughout the actors. One student named Timothy McKanon commented how “overall, it was a really great show.” ¨I really enjoyed it, even though some things i was really confused, but overall it was great. I would say the makeup really stood out most.¨