Prom Time Will Be a Good Time

PROM TIME WILL BE A GOOD TIME

As the school year comes to an end, most students’ schedules is filled with last-minute assignments and testing while they wait for summer to arrive. This also means for many students that prom is on its way. 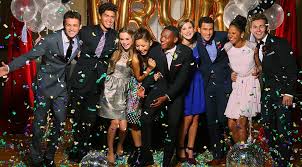 Prom, for many seniors, is a last hoorah with their classmates before college.  Juniors and the few sophomores and freshman that go as well too look forward to the big dance. The big night is just around the corner as well on May 11 from 7:30 PM to 10:30 PM. Tickets are $55 per attendee. 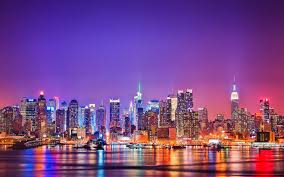 2019’s prom will be held at the Arizona Science Center in downtown Phoenix. The location had greatly inspired the theme for this year, which was chosen by the junior class. Every year they host the prom with aid from Brian Dudo. While he does an excellent job helping the class coordinate their theme with their venue, Dudo said that “ultimately it comes down to a vote within the junior class.” 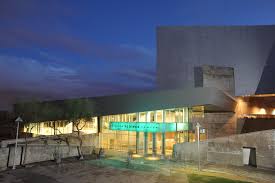 What is the theme though? This year Greenway’s junior class has gone with ‘The City that Never Sleeps” as the prom theme. The perfect theme for a fun-filled night.

Junior Emily Jinks is one of the many students who plans on attending prom with her best friend. Her thoughts on theme is that it is okay but “that they could’ve been more creative.” With prom just over a week away Jinks already has her dress picked out and fit to size along with all of her accessories planned. She did not attend last year and looks forward to the new experience. Jinks said that she could not be more excited for prom this year.

Another Junior, Elizabeth Maxwell, will also be at the prom. She plans on going with  a group of friends. When asked about the theme Maxwell said that she “didn’t really care for the theme, but it is a nice theme.” Maxwell already has her outfit picked out so she does not have to rush it last-minute but has yet to plan hair and makeup. She said that she did not attend last year due to being a sophomore. Despite not being all for prom in the beginning, after some convincing from her friends and a little shopping Maxwell is looking forward to attending the prom.

Sophomore Rachael Myers will have the luxury not presented to most lower classmen of going to prom. She was invited to accompany a junior this year. Myers already has her dress and outfit planned down to the smallest of details. She said that the theme is nice but that she doesn’t have much to compare it to. Myers said that she is looking forward to going and hopes it is “everything I dreamed of and more.”

Prom this year is looking to be a night to remember among all those attending. From the music to the dancing to spending a night surrounded by friends away from the stress and worries of everyday life. So, join everyone at the prom in the “City that Never Sleeps.”