Greenway’s Volleyball team finished the season undefeated with a 17-0 record as STATE CHAMPIONS. 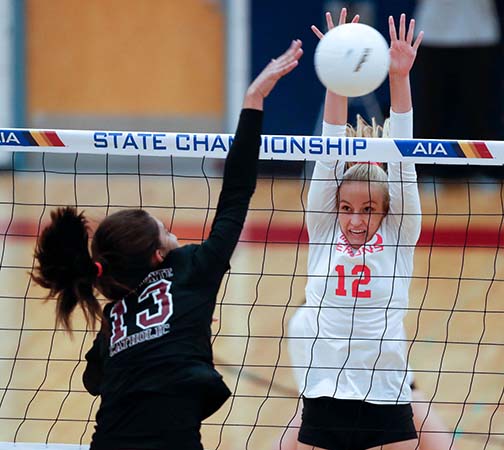 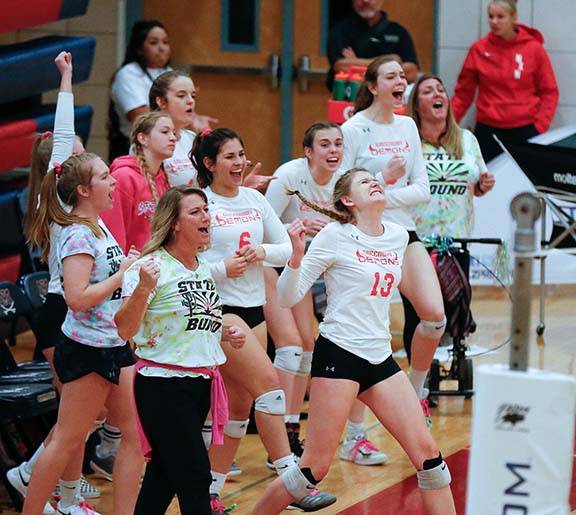 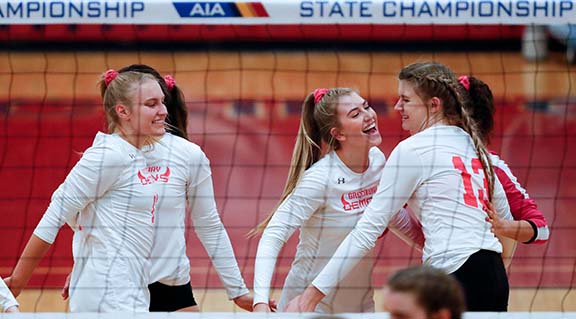 Head Coach Sarah Peterson and her Demons is the second team in Greenway history to be crowned State Champions. The girls took down the Salpointe Lancers from Tucson to take the State title. 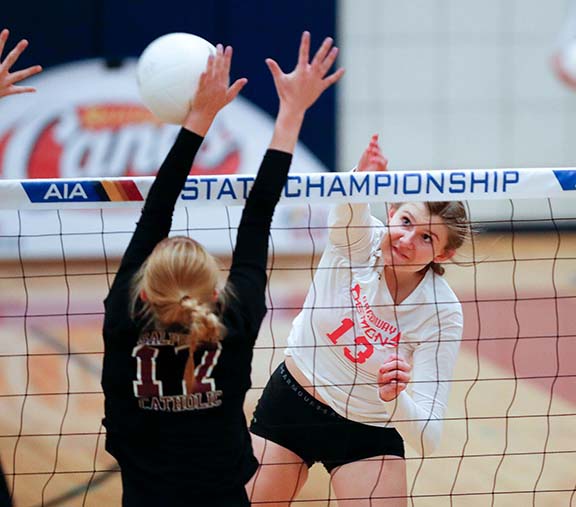 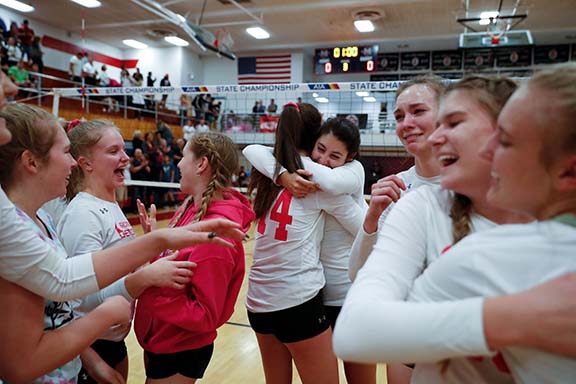 In front of a packed house at McClintock High School, our ladies rose to the occasion and shut out Salpointe by a score of three games to zero with the last point of the game being an incredible save by Avery Richards, Halle Gordon, and Mykenna Nelson. 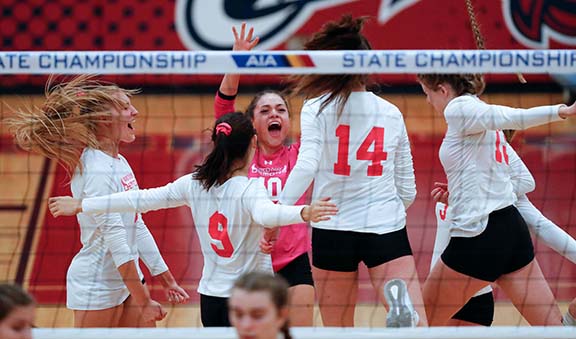 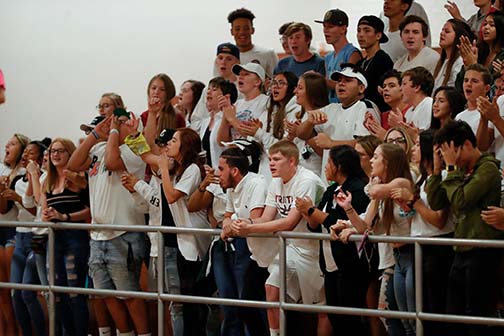 Even Across town in Tempe, our section H still stood strong cheering at every serve and for every rally- the ladies won.  After the shutout game, the girls celebrated with friends and family on the court. 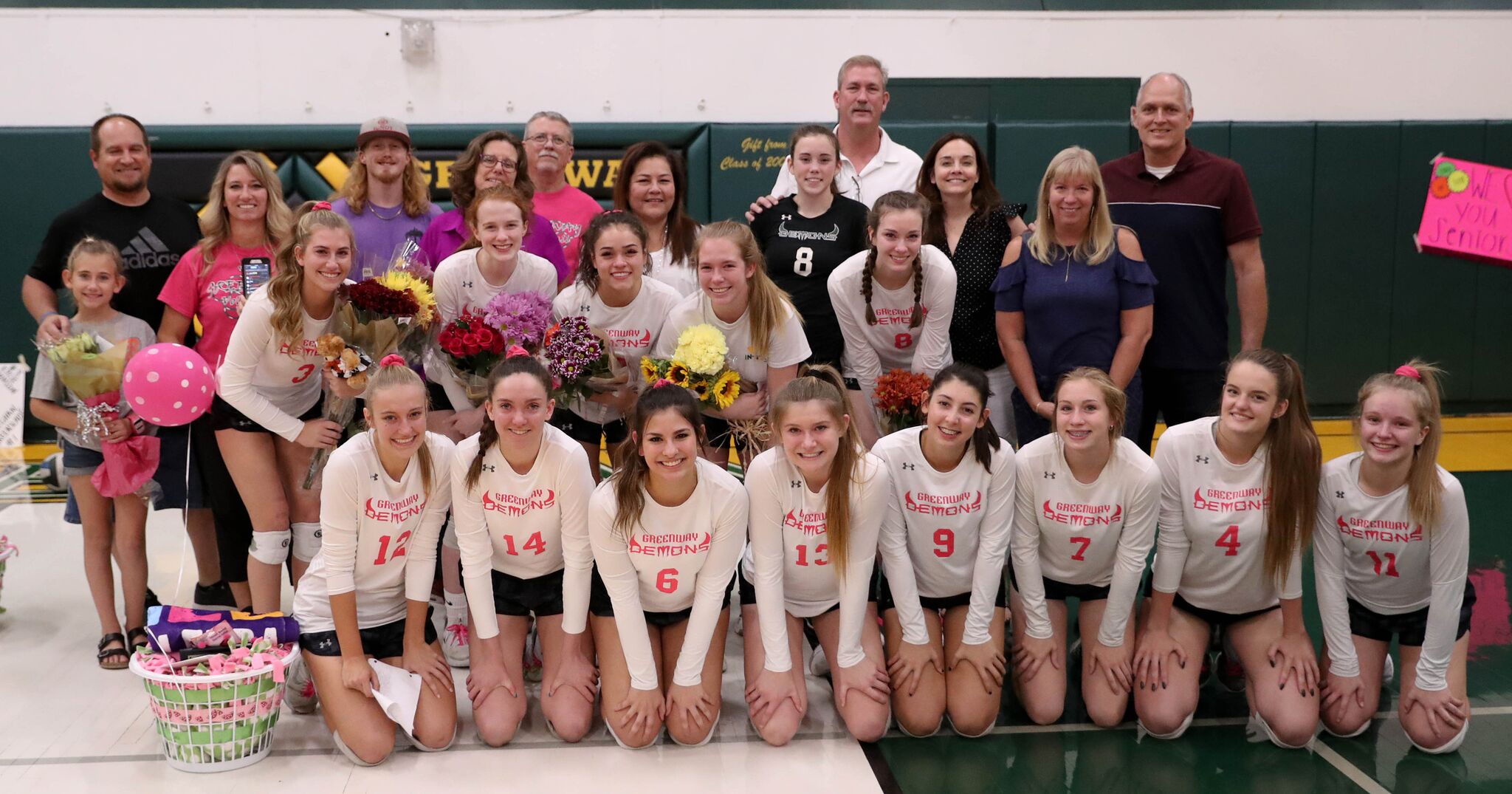 Coach Peterson said, “This team is so special because they truly believe in each other and do what it takes to be a team.” This year’s volleyball theme is, “You only get out what you put in, and we’re all in.” And the squad proved this to be true. 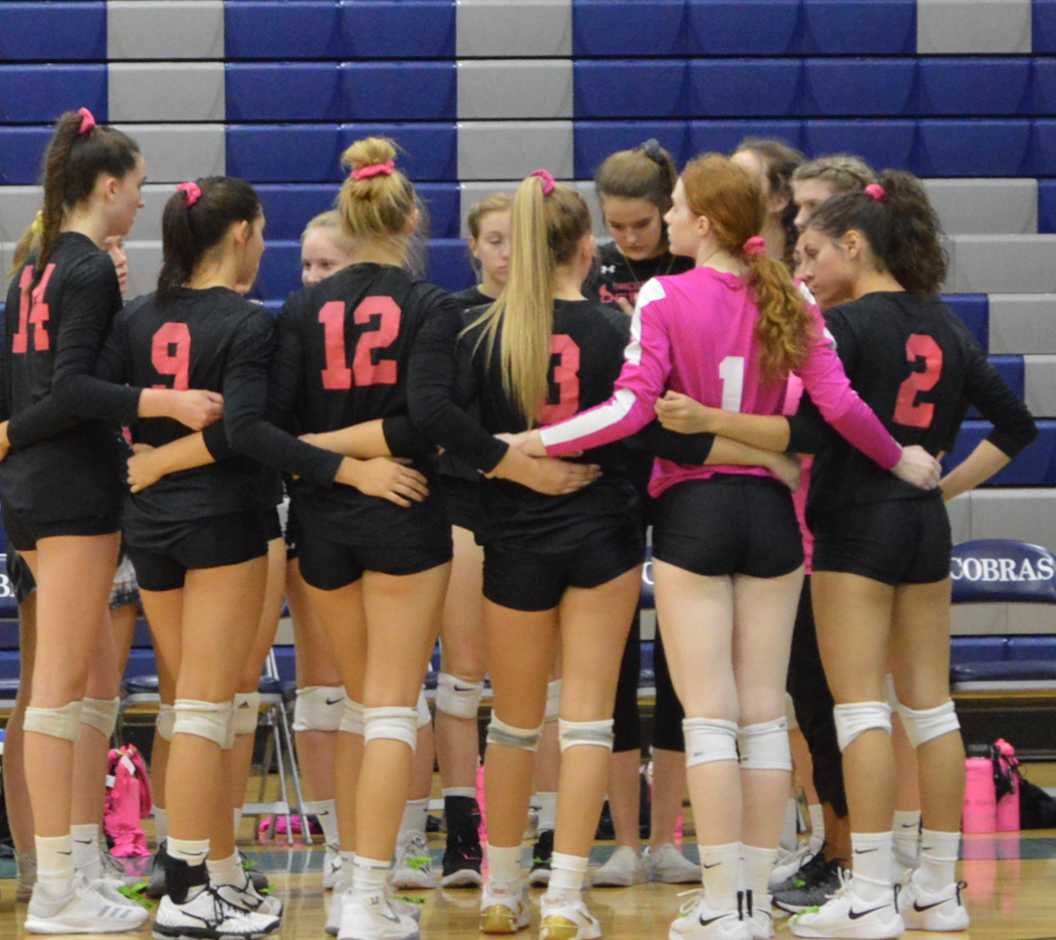 This year’s team is one of the best that Greenway has ever had and they’re hungry for the State Title. “There is no selfishness and they go ‘all in’.”

Congrats to the Demon volleyball team on winning the first round of state.  It was a total team effort with everyone chipping in to get 7 blocks and 29 digs.  The team also combined for 39 kills.

The girls kicked off their season with a bang against Flagstaff and then kept the streak going until the very last game against Thunderbird. Every spot on the court was strong and the girls are determined to be State Champs. The last time Greenway won a State Championship was three years ago in 2015. The 2015 team was strong, but this year’s club is stronger. Every day after school the girls work their hardest, day in, and day out practicing. The girls ate, slept, and breathed volleyball, and it paid off. 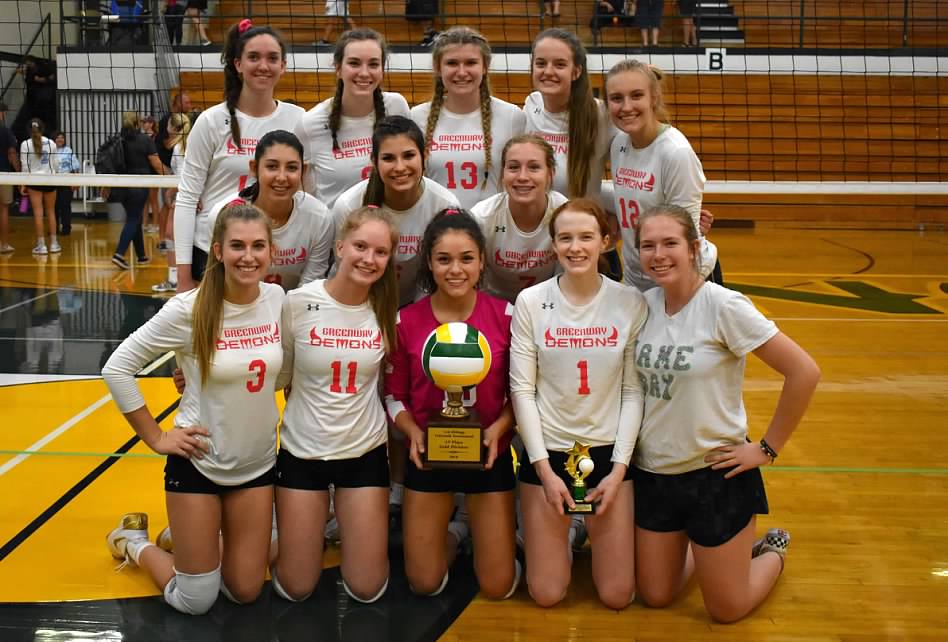 Greenway’s outside hitter, Mykenna Nelson has been on varsity all four years and is now committed to Oregon State. Mykenna said that the best highlight of the season for her was being Greenway’s only team to go undefeated in their regular season. 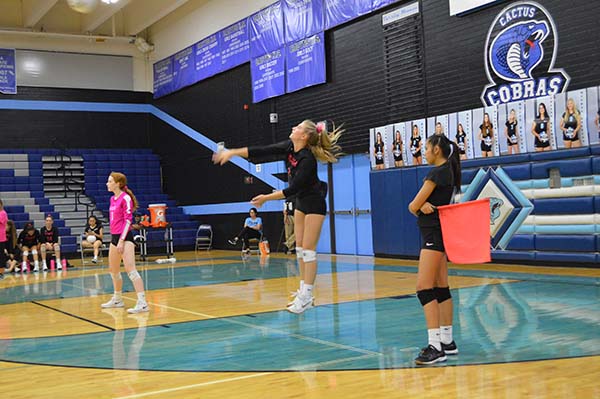 “Being named Region Champs was also a highlight because we went my freshman and sophomore year winning back to back Region Championships, and then not winning last year made me want it that much more for my team, and so winning the region with my team this season was just an amazing moment!” Nelson said. 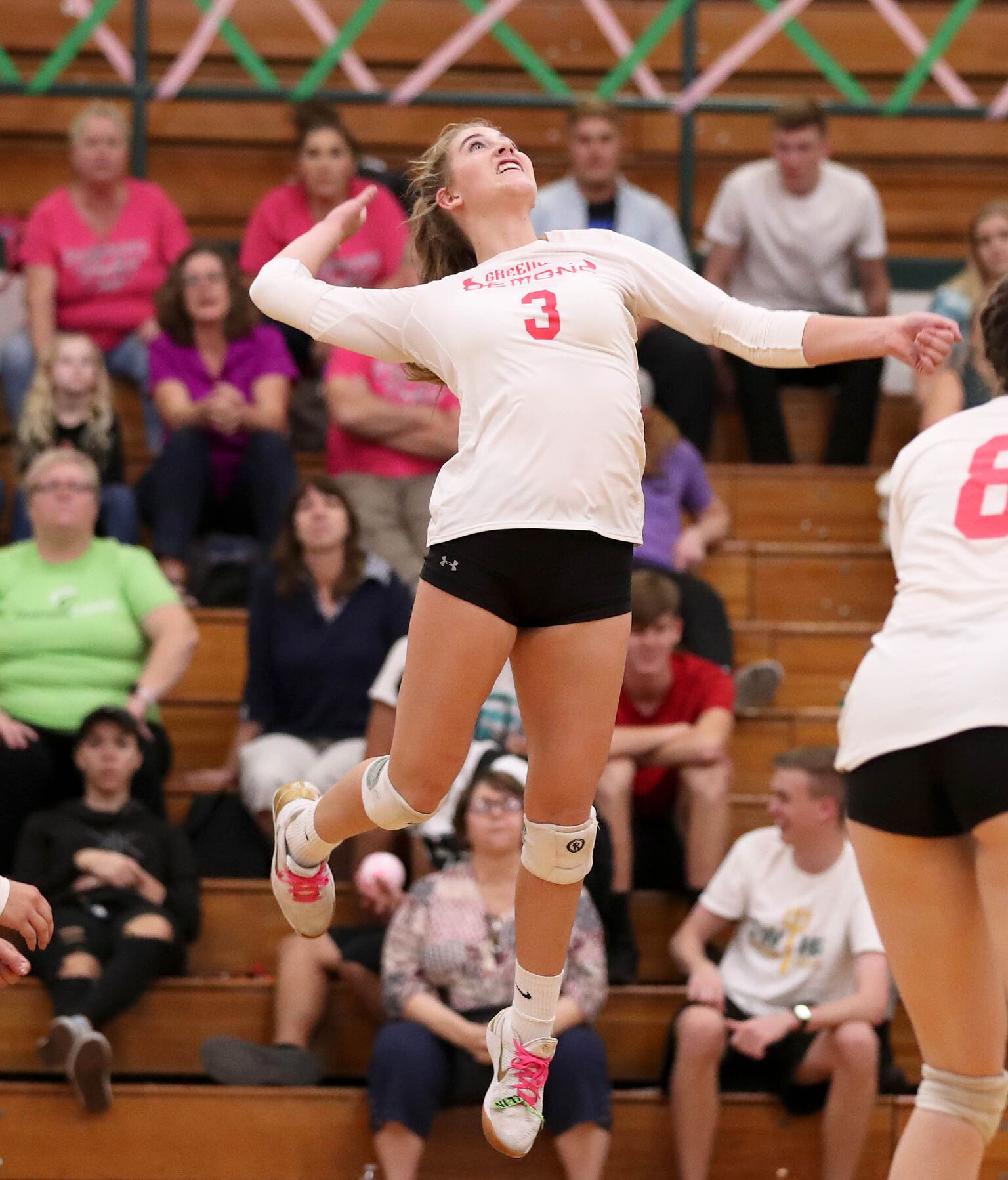 Meghan Greenslade, setter, Libero and ds, is one of three current seniors that’s been on varsity all four years. She said that the best part of the season for her was when the team played against NCS in their second tournament. “We lost, but they were the best competition we played against so far and it really showed our potential.” 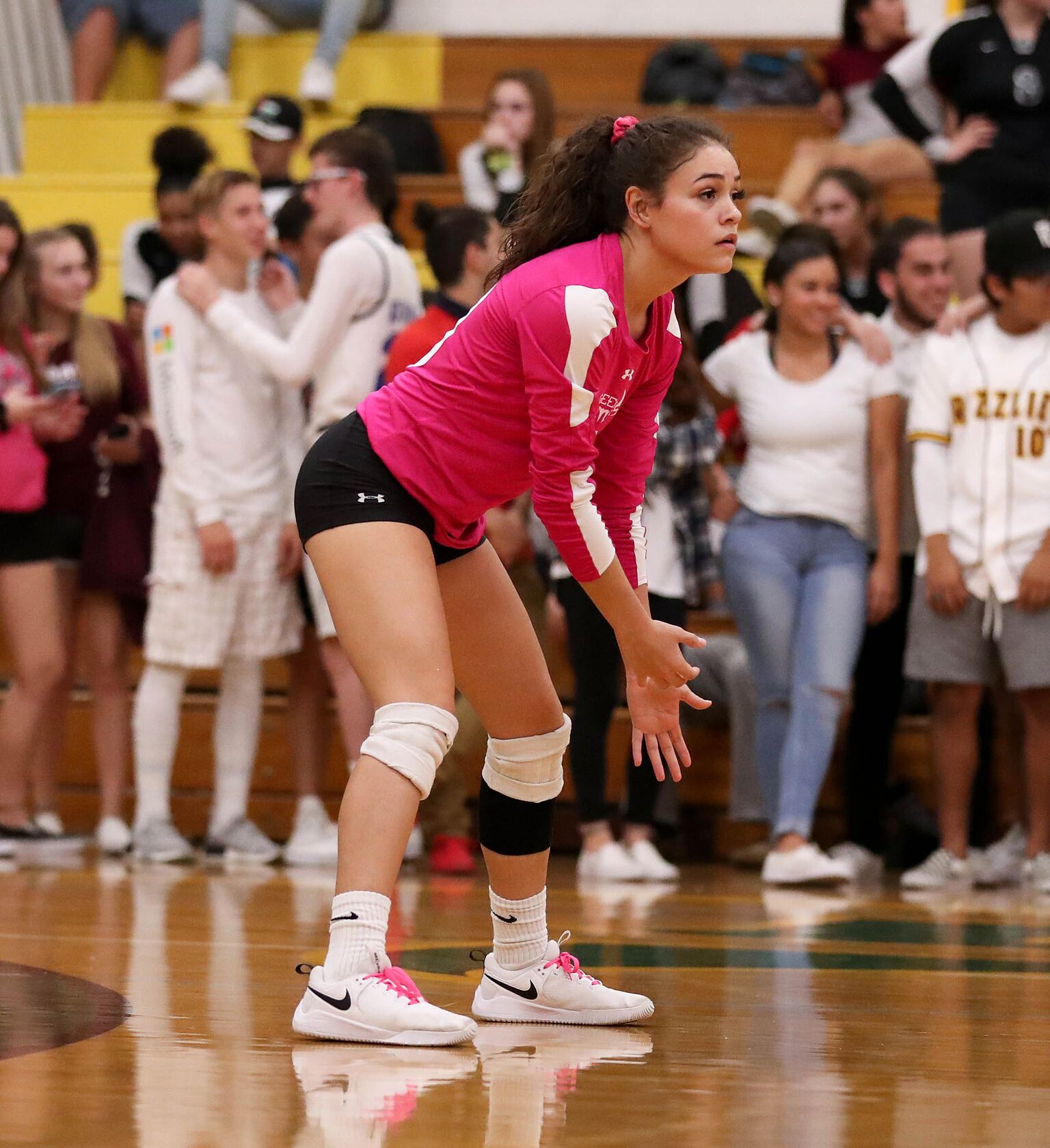 Greenways #10 Libero and DS, Halle Gordon, said that the highlight of her season was when the girls had their retreat and got to go up north and spend time getting to know each other at the beginning of the season. She said, “It was a very great time with some very great girls.” 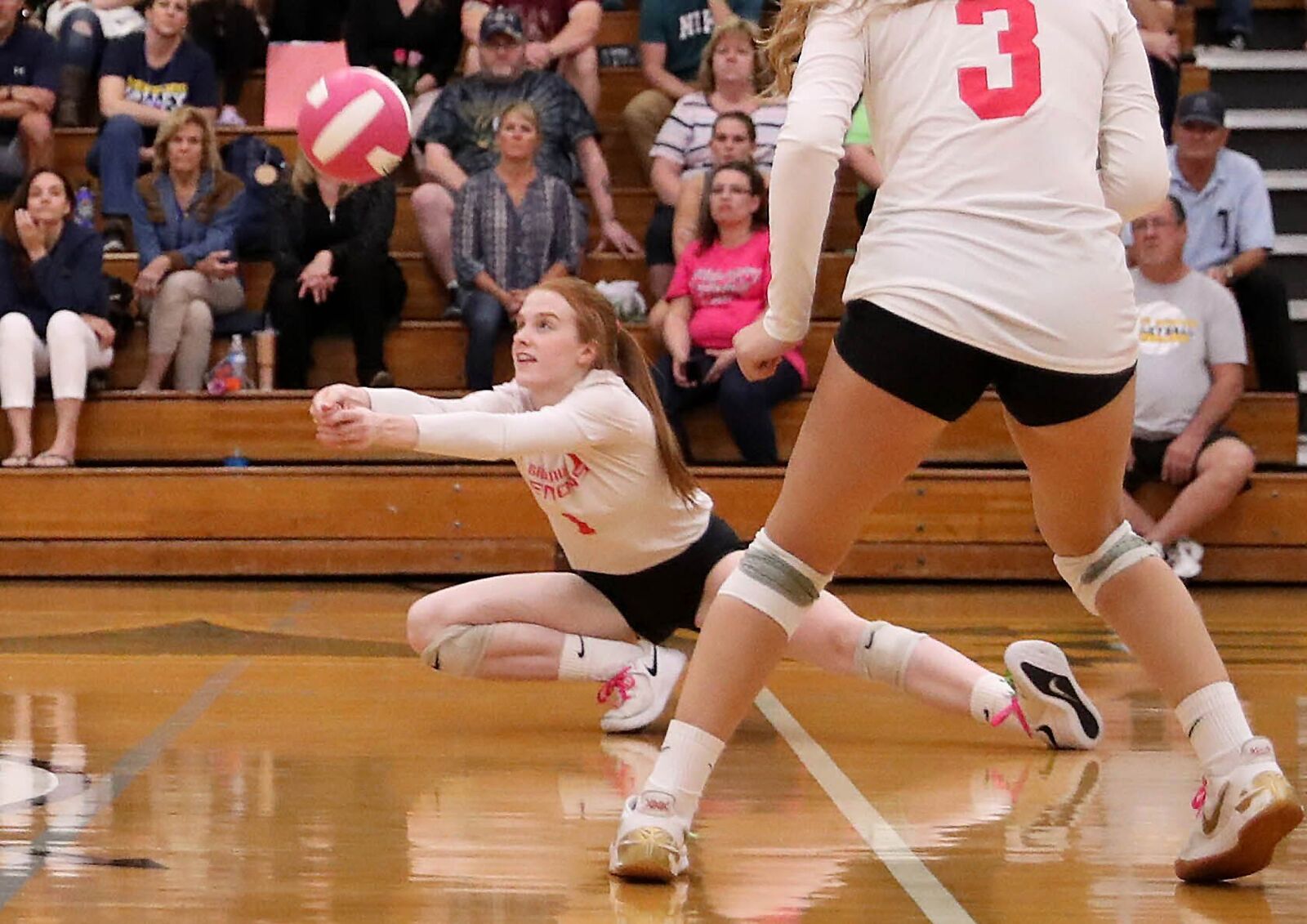 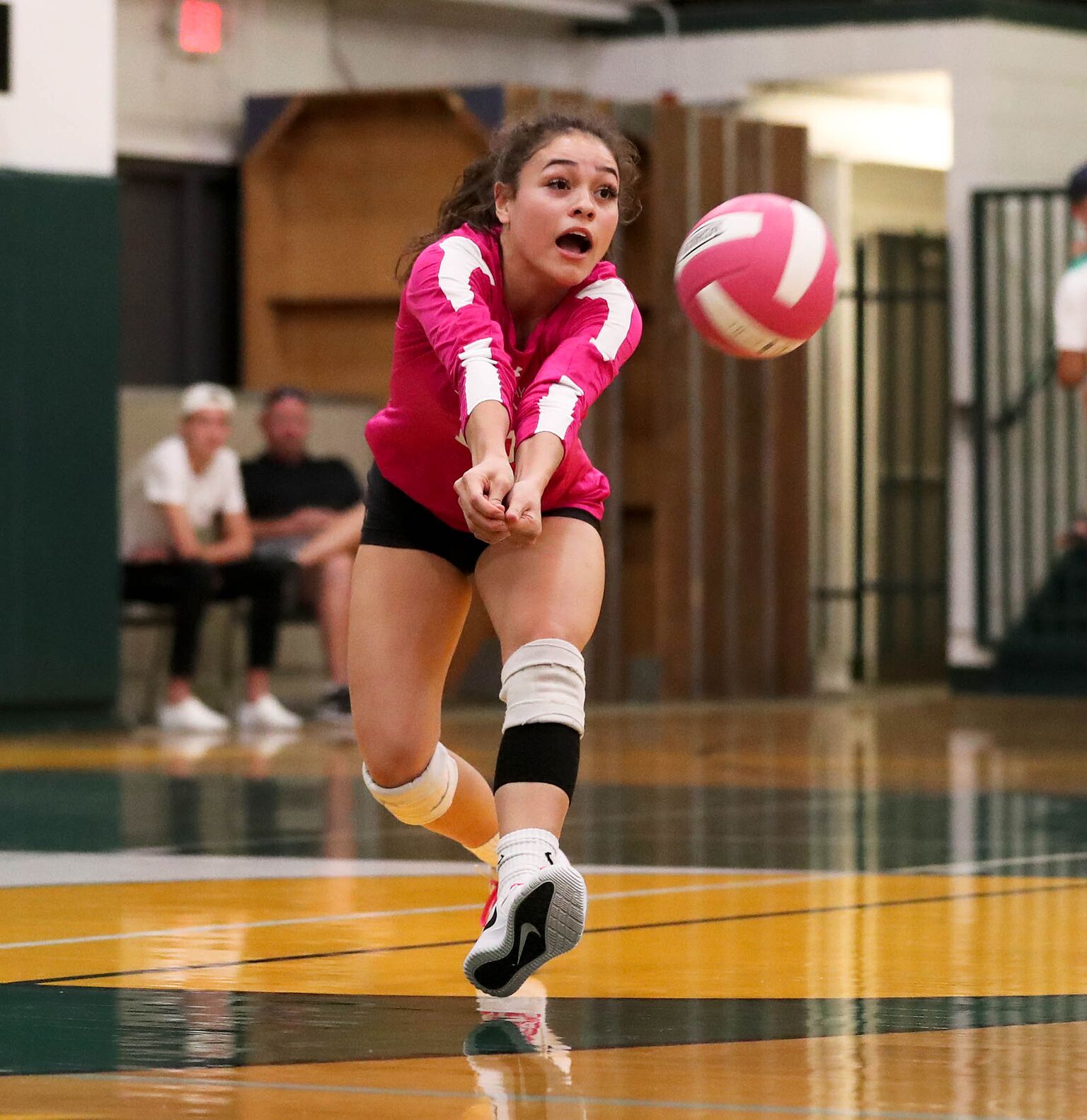 When asked about what makes the team special Gordon said, “We have a little bit of everything. We no longer rely on a few really talented players to carry us. Instead, we have smart players, versatile players, the list goes on. We are well rounded, super hardworking, and put the team first.”

Nelson had a lot to say about this year’s team, “I think Greenway’s team is so special because we bond so well together in and off the court. We are a family and love each individual just as much as the other. We get along so well and there is no drama. We are able to have fun and laugh together while also playing for each other more than anything.”

And finally, Nelson thinks that Greenway’s chance at winning State is very high. “We have the ability to beat any team we face if we put our minds to it and play our game.”

Greenslade said that Greenway is such a special team because the team as a whole is so humble and hardworking. “Even though we are so good, we are still modest, goofy, and nice to every team we meet. We don’t look down on anyone or take anyone on the team for granted.” 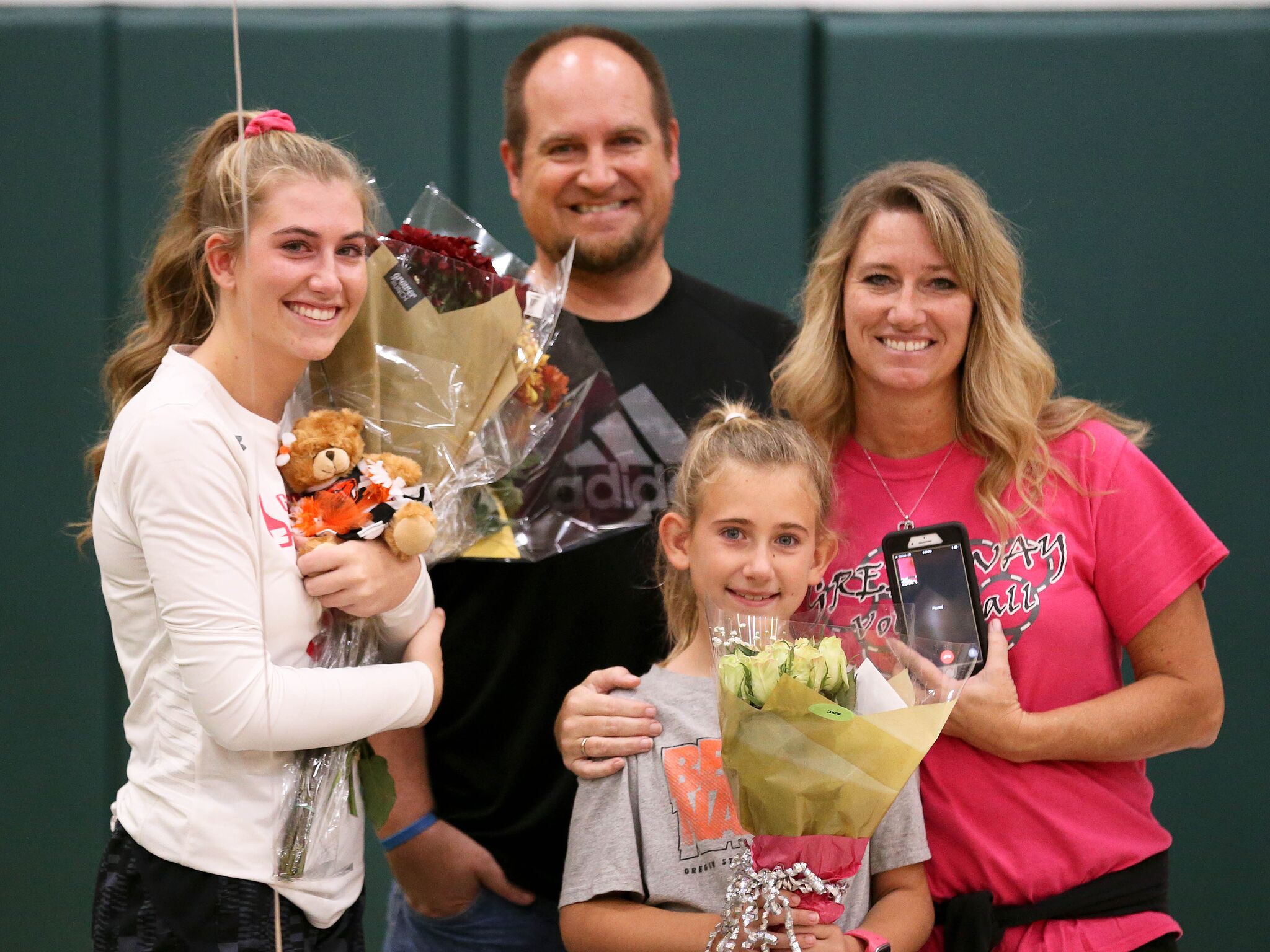 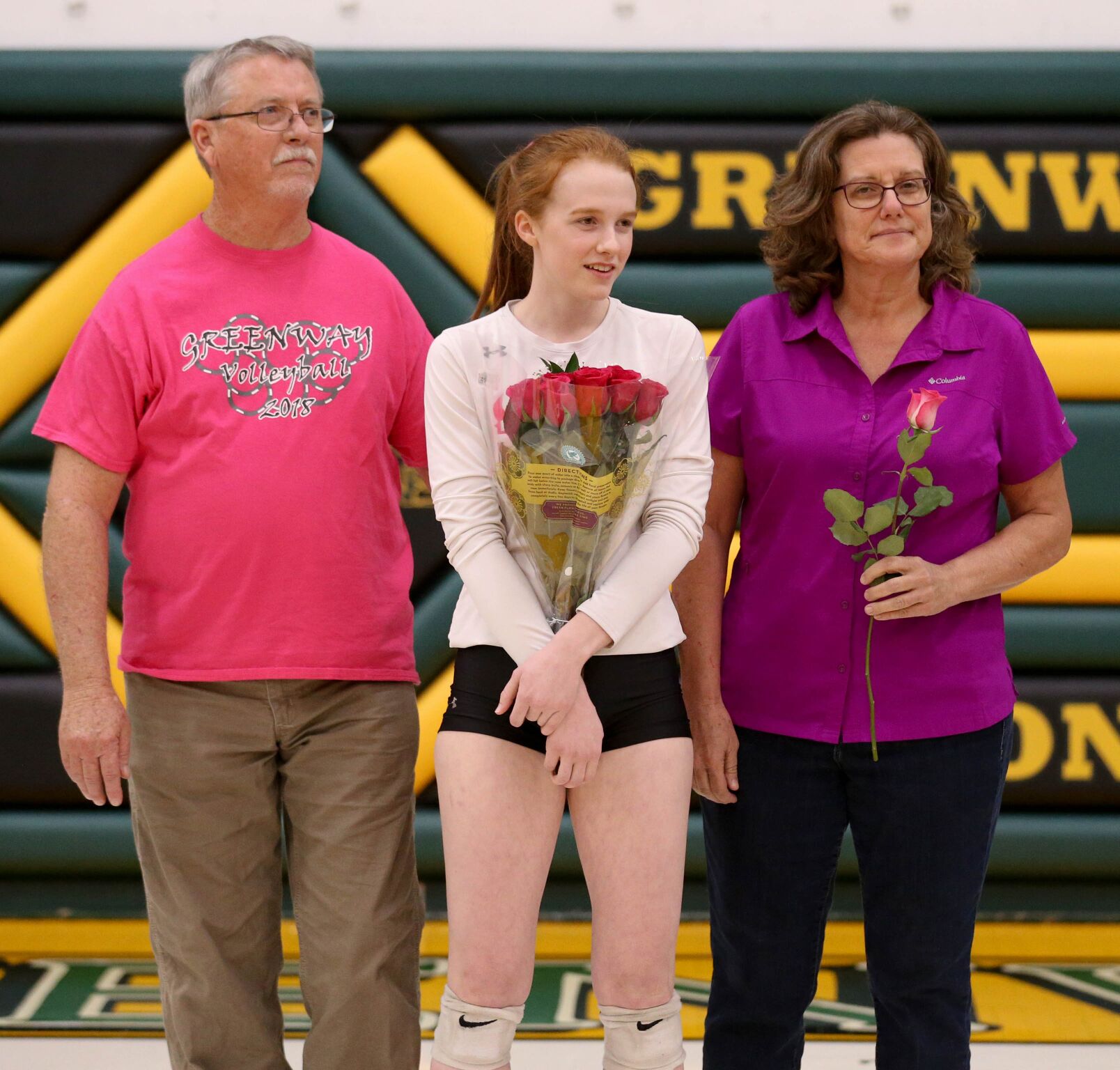 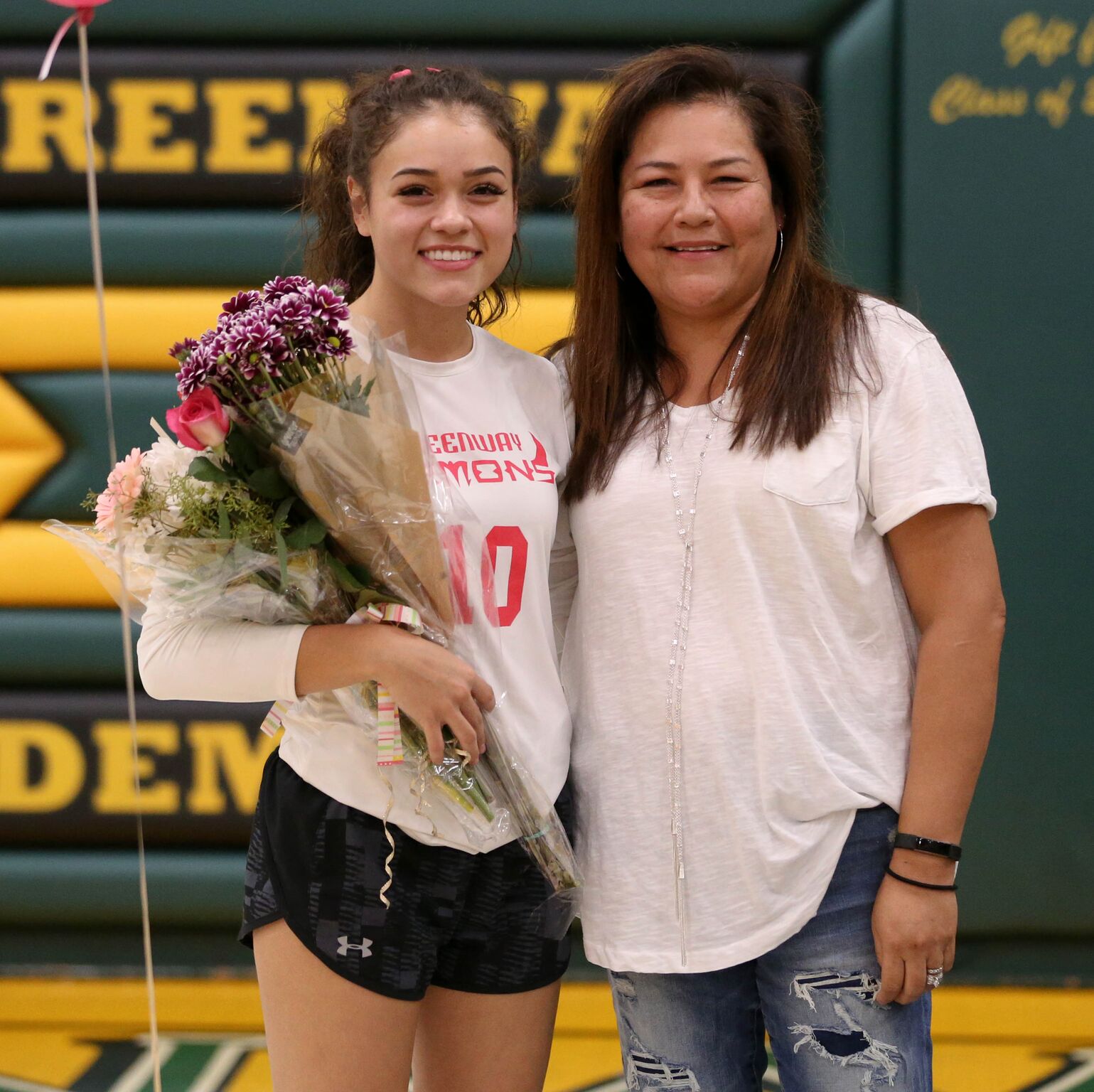 Nelson believes that this team can go far, “Our coach says we are the best team Greenway’s ever had and I agree because we have so much potential to do big things if we play 120% and put in the hard work! We have the ability to come out on top if we play our hearts out, never give up, and leave it on the court!” 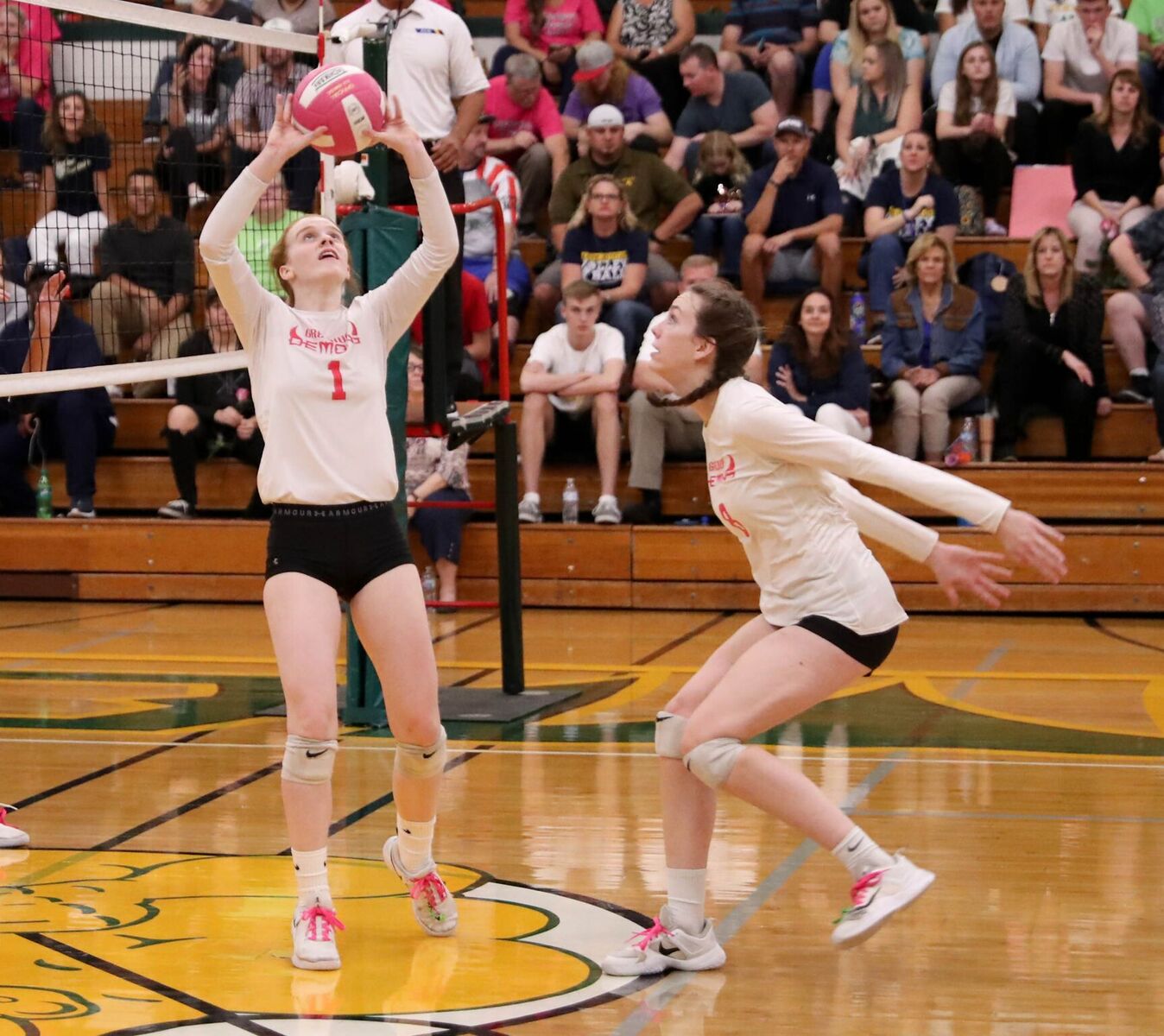 “Along with Halle and Mykenna, I’ve been on the team since freshman year, which is when we won state. I feel like this year we have an even better chance because we have no weak spots on the court. As long as we stay disciplined and work for each other, I have full confidence that we can go all the way,” Gordon said.

Being on varsity all four years, Halle’s never been so hopeful for playoffs, “We have been successful thus far, and we haven’t even brought out our new plays yet. I think if there is any year to win a state title, this year would be that year! #jabs”